Gallery recognizes and honors peacemakers from around the world 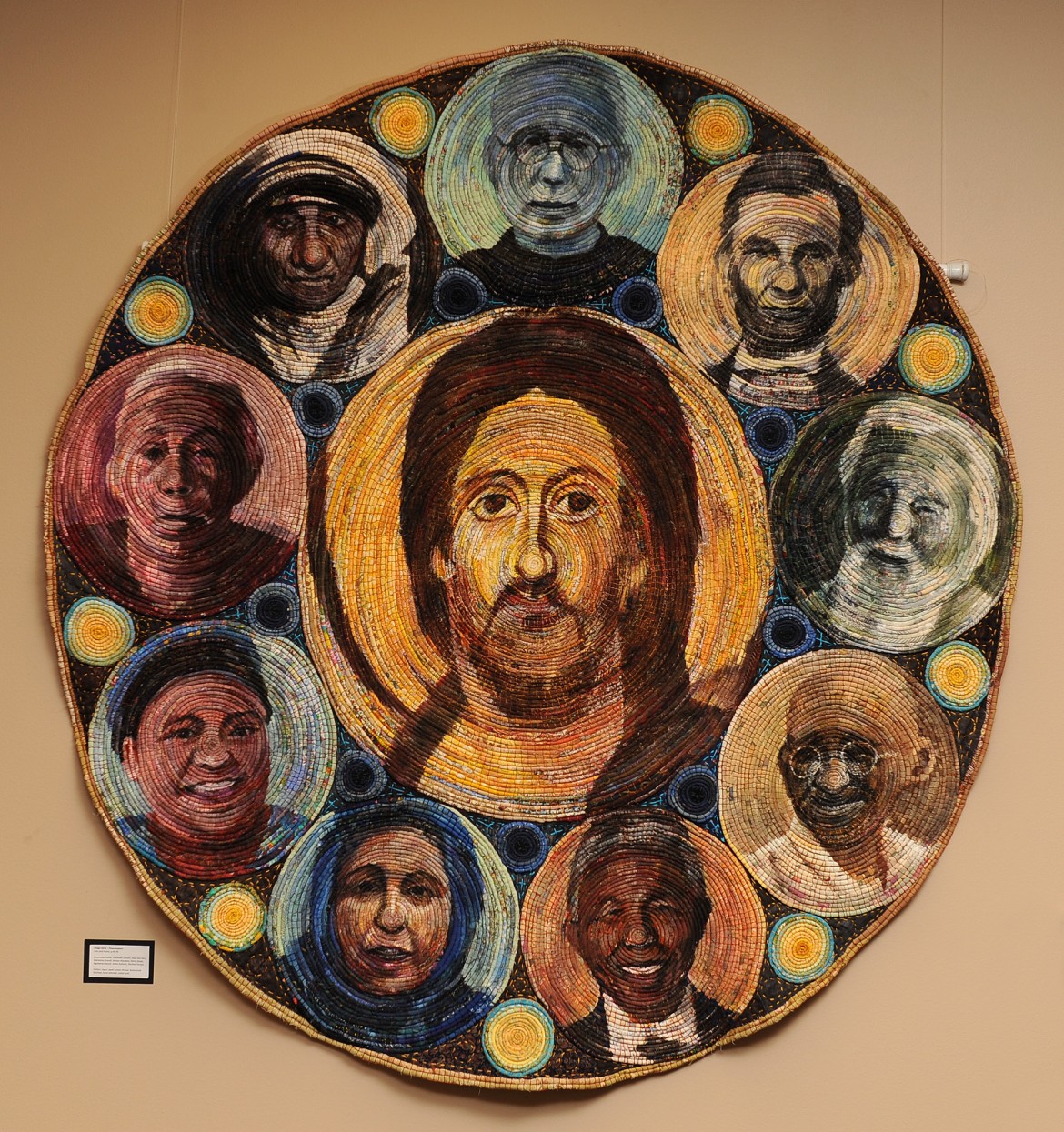 Artist Shin-hee Chin shares her appreciation of some of history’s finest peace makers through her show “Peacemakers” featured in the Mary Miller Library Gallery, located in Hesston College’s Smith Center, through mid-October.

“My work is not meant to be didactic or definitive,” Chin said in her artist’s statement. “It is meant, rather, to present the various forms of peacemaking throughout history and my reflections on it: the beginning of a winding thread, not necessarily a neat end.”

Through her use of coiled quilts, recycled place mats and recycled blankets, her art displays the faces of well-known peace activists.

“Shin-hee’s pieces of Detrich Bonhoeffer and her grandfather, Joo Soo Kang, are of particular relevance to what the first-year students are studying with the common read because each man was imprisoned and executed for his participation in the resistance movement in his country – Bonhoeffer in Germany and Kang in North Korea,” said Hesston College librarian Margaret Wiebe.

Chin operates her own gallery at the Department of Visual Art at Tabor College and online at shinheechin.com. Her string art piece “Pillar of Cloud” is also part of Hesston College’s permanent collection and on permanent display outside of the Mary Miller Library in Smith Center.

The show at Hesston College is based on the “War and Peace: The Art of Shin-hee Chin” exhibit at the Eisenhower Presidential Museum in Abilene, Kan., August 2012 to January 2013.