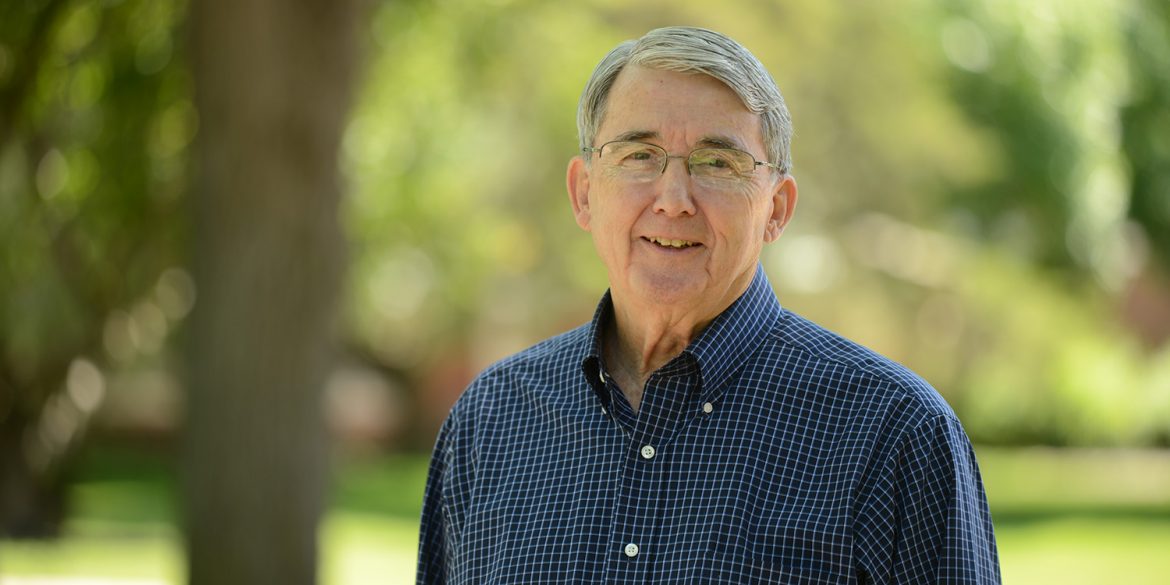 Benjamin E. (Ben) Sprunger, Ph.D., started as interim president of Hesston College August 1. A longtime education faculty member and administrator, Sprunger has been active in leadership of several Mennonite organizations. His appointment comes as President Howard Keim ’72 transitioned out of the role on June 30 after an eleven and a half year tenure.

With the announcement of the appointment, the Presidential Search Committee also reported that the search for Hesston’s ninth president is proceeding as scheduled. Sprunger’s interim arrangement is to last at least through Dec. 31, 2016, and no longer than June 30, 2017, to allow adequate transition time for the college’s next president.

“We are pleased that Dr. Sprunger has accepted the call as interim president of Hesston College,” said Kelvin Friesen ’73, chair of the Hesston College Board of Directors. “Ben comes to us with a wealth of experience in higher education, non-profits and business. His leadership will provide continuity during this time of transition and he will be of support to the administrative team in continuing to develop strategic priorities for Hesston College.”

“It is an honor and a privilege to serve Hesston College and the larger work of the church,” Sprunger said. “It is my hope that there will be no loss of momentum, and newly planned initiatives can go forward during my interim service with Hesston.”

Sprunger launched his career in higher education at Wheaton (Ill.) College in 1966 where he served over the span of six years in various roles including associate dean, director of Learning Resources, Libraries and Academic Computer Center, assistant to the president and associate professor of education.

He served as president of Bluffton (Ohio) College – now Bluffton University – from 1972-78. Under his leadership, Bluffton was able to stabilize finances, eliminate deficits and launch a successful capital campaign for the construction of a new science center.

From 1978-84 he served as president and CEO of the Ohio Foundation of Independent Colleges, the association representing the 35 private colleges and universities in Ohio.

In 1984, Sprunger transitioned into the non-profit and business worlds, serving as the first chair of the Board and first COO for Quest International, Inc., at the time the largest provider of school drug and alcohol prevention programs in the world. During his tenure, he led the company in international expansion, creating seven language editions from eight international offices.

From 1994-2003, he served as president and CEO of Mennonite Economic Development Associates, Inc., (MEDA), a business-based economic development organization. With a staff of 200, MEDA and its partners in 27 countries served 200,000 beneficiaries.

Sprunger has worked in 51 countries and served on 13 national and international board of directors, including 12 years with the General Conference Mennonite Church General Board, Commission on Education and Faith and Life Publishing, Inc. He also served as interim president of Mennonite Publishing Network.

Sprunger is married to Sue Berlien-Sprunger and has three adult children and five grandchildren. The Sprungers are members of Bahia Vista Mennonite Church in Sarasota, Fla.