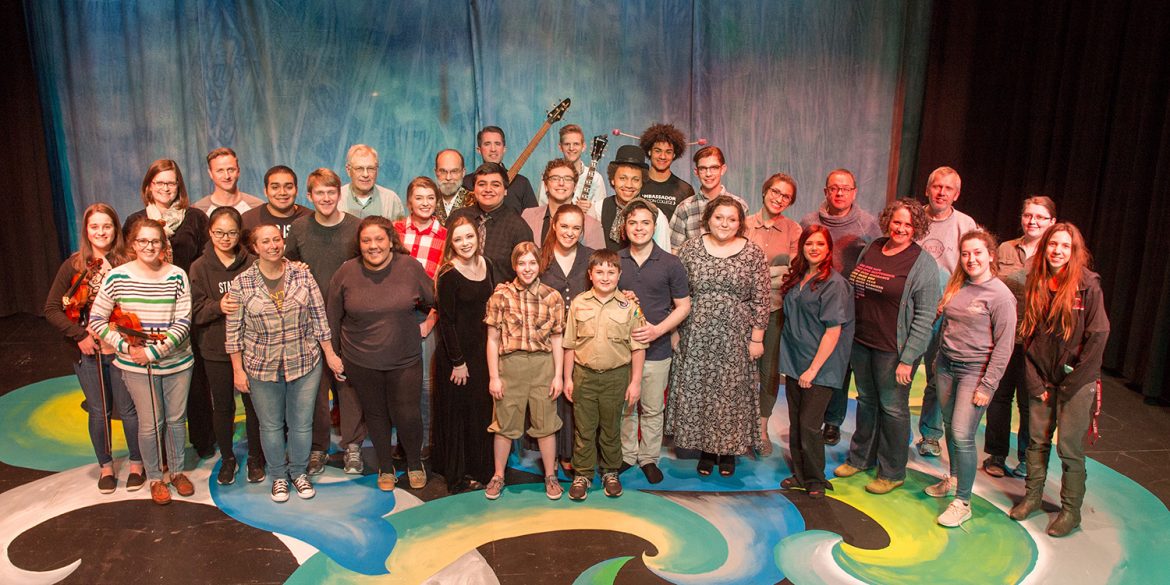 This show was originally done for Broadway audiences on a huge stage full of spectacle: dancing elephants and chorus lines, massive sets, large orchestration…and it failed. It left nothing for the audience to imagine. The re-worked, smaller, more intimate productions have fared much better. They have allowed the audience the freedom to experience the world that Edward has created, but you have to be willing to believe in the unbelievable…

Edward, is a traveling salesman who stretches the yarns of storytelling much too thin for his son, Will, a reporter, whose world is based on hard data and concise lists. Will wants the truth, a simple timeline of Edward’s life, in order to know his father better. What Will fails to realize is how the storyteller tells his tale is as important as the tale itself.

This show reminds me of another who lived a relatively small life, but was a giant in my eyes, and the reason I became a storyteller. This show is a thank you to my Big Fish – my dad, Frank Edward Hebison (1938-1998).