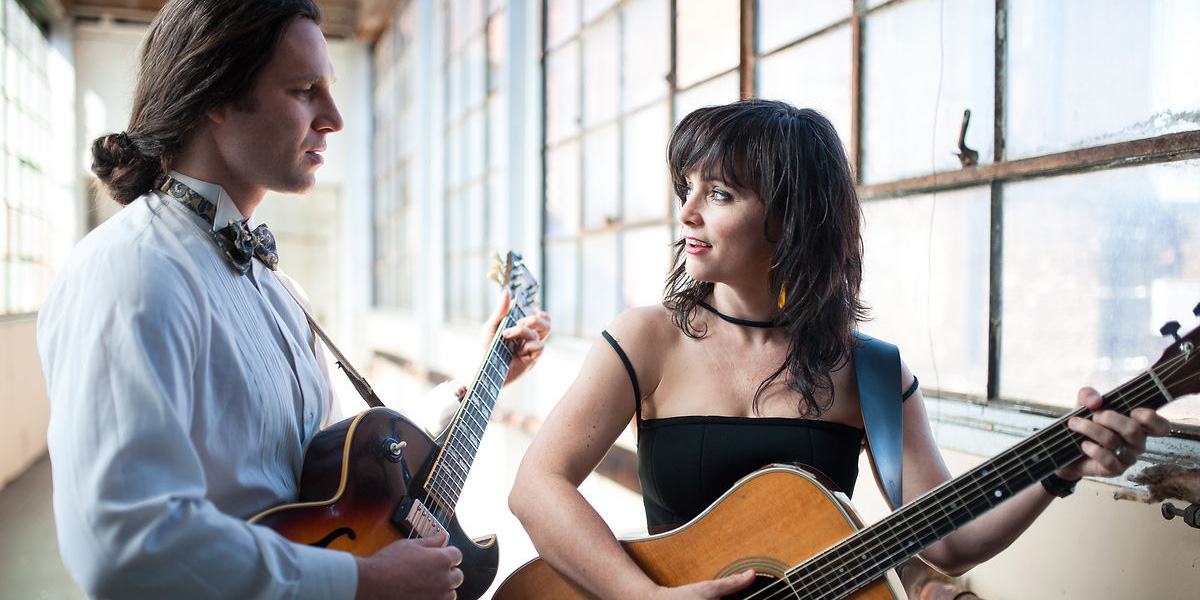 Goodnight Moonshine will return to the Prairie Window Concert Series (PWCS) stage on Sunday, November 13, 2022, at 4 p.m. in Hesston, five years following their initial performance at Dyck Arboretum of the Plains. The concert will take place in the Prairie Pavilion at the arboretum overlooking the lake.

Tickets are by reservation at http://dyckarboretum.org/arboretum-event/goodnight-moonshine-e/ or by calling 620-327-8127. Cost of tickets is $35 for adults and $25 for children, plus tax. Proceeds benefit the arboretum’s mission to cultivate transformative relationships between people and the land.

Goodnight Moonshine pairs the intimacy and immediacy of the 90s with the sonic explosion of the 60s. Molly Venter (Red Molly) is a viscerally potent singer, à la Fiona Apple and Tracy Chapman, whose songwriting is redemptive and playful. Consummate musician and producer Eben Pariser (Roosevelt Dime), is a devotee of Ray Charles, Wes Montgomery, The Beatles and The Band. Courageous unveiling and depth of experience make the collaboration between married couple Molly Venter and Eben Pariser addictively captivating.

Molly Venter’s voice bends from a sweet moan to a gritty shout and back into a playful run in the space of a few bars and “it all goes down like silk,” writes American Songwriter Magazine – “few singers turn first time listeners into eternal fanatics as effortlessly as Molly Venter.” The potency of her voice is surrounded and supported by a lush landscape of orchestration and improvisation created by Eben. The couple uses the creative process to explore a healthy authentic relationship. Both wholesome and irreverent, songs of grief and joy in equal measure; Molly gives smooth delivery to Eben’s energy while Eben gives form and focus to Molly’s passion.

This musical marriage encourages them to embrace opposing desires, to challenge and support each other through inspiration and dissolution, all while totally killing a live show.

Venter’s voice has caught the ear of industry giants and been prominently featured on FOX television, Apple Computers and in Warner Brothers films. Molly and Eben’s co-write “Willow Tree” was a #1 hit on the folk charts in 2014 and was featured in USA Today. Consummate performers, Molly and Eben have also appeared nationally and internationally, with their respective bands Red Molly and Roosevelt Dime.

In addition to high quality acoustic music, this concert will feature delicious savory and sweet food options for sale during intermission, with a menu provided by Crust & Crumb Company. The menu for November 13 will include: autumn squash soup in a bread bowl, chili in a bread bowl, dulce de leche morning buns and chocolate eclairs.