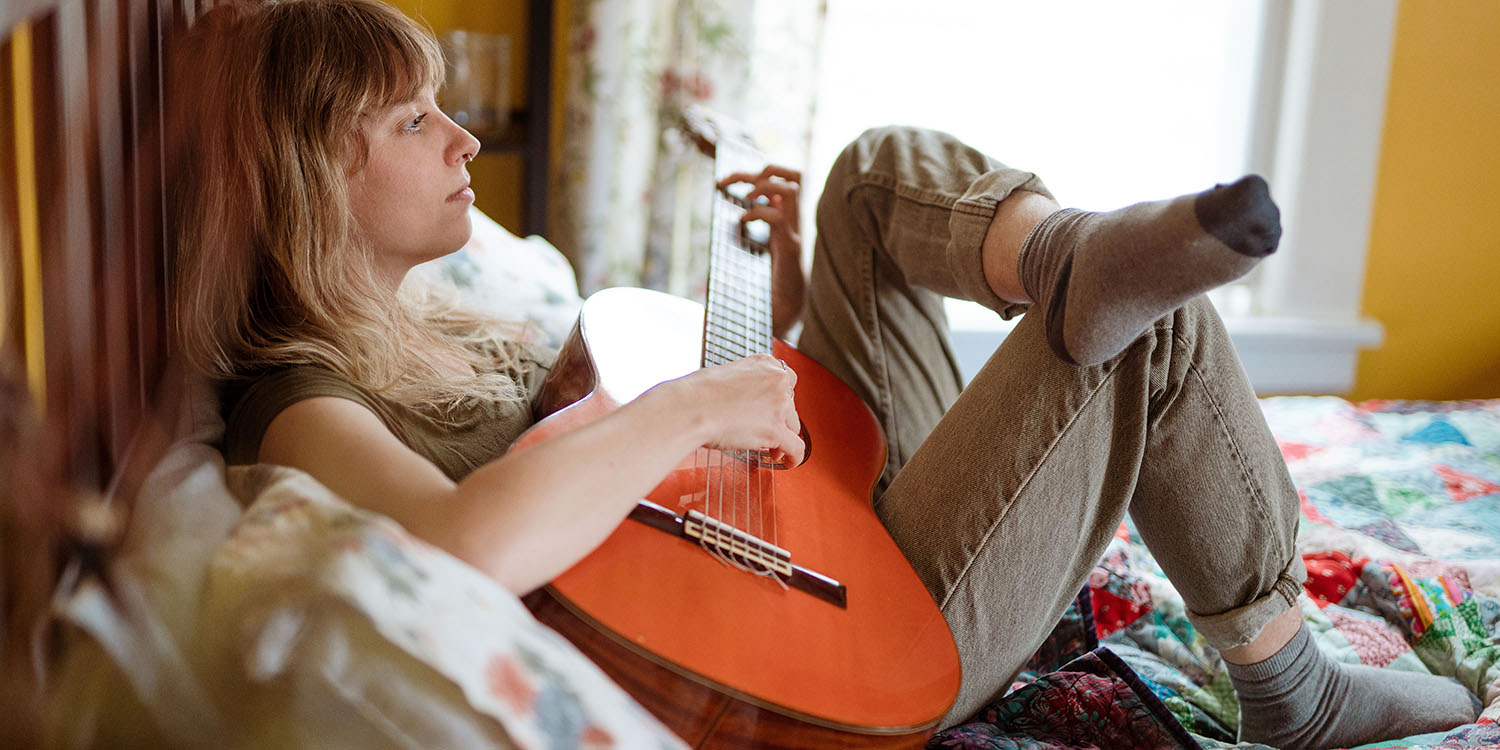 On Sunday, October 30, 2022, at 4 p.m. in Hesston, Humbird will perform for the first time at Dyck Arboretum of the Plains as the second installment of the Prairie Window Concert Series (PWCS) 2022-23 season. The concert will take place in the Prairie Pavilion at the arboretum overlooking the lake.

Tickets are by online reservation or by calling 620-327-8127. Cost of tickets is $25 for adults and $15 for children, plus tax. Proceeds benefit the arboretum’s mission to cultivate transformative relationships between people and the land.

Inspired by the crystalline chill of the north country she calls home in Minnesota, Humbird combines a wintry longing with the warmth of a familiar folktale. Humbird’s music moves between experimental folk and environmental Americana to embrace the unexpected. The music invites a refreshing dissonance into the house. It leaves bread crumbs along the path and reflects light back at the stars.

Siri Undlin witnessed the power of storytelling in her childhood home and began writing music and performing in church choirs and in Irish ensembles from a young age. Her voice, which contains the unwavering fortitude of hymnal melodies, reveals her traditional background.

In 2019, Humbird released the critically acclaimed, debut full-length, Pharmakon, which introduced us to Humbird’s songcraft and harmonic folk style. With Folk Alley calling the album “… an absolutely hypnotic listening experience.” Atwood Magazine described it as music wrapped in “gentle rebellion”. The release garnered millions of online streams and a wide range of accolades, including 89.3FM The Current’s “Best Local Albums Of The Year”, one of City Page’s “Picked To Click” Awards, “Best Minnesota Albums” from the Star Tribune and as an official showcasing artist at SXSW in Austin.

Most recently, the material on Humbird’s sophomore record Still Life (October 2021) has already received enthusiastic praise from within the folk world – awarded as one of Kerrville Folk Fest’s New Folk winners for 2021.

In addition to high quality acoustic music, this concert will feature delicious savory and sweet food options for sale during intermission, with a menu provided by Crust & Crumb Company. The menu for October 30 will include: turkey banh mi, mushroom and butternut squash danish, tebirkes (Danish poppy seed roll) and apple hand pies.