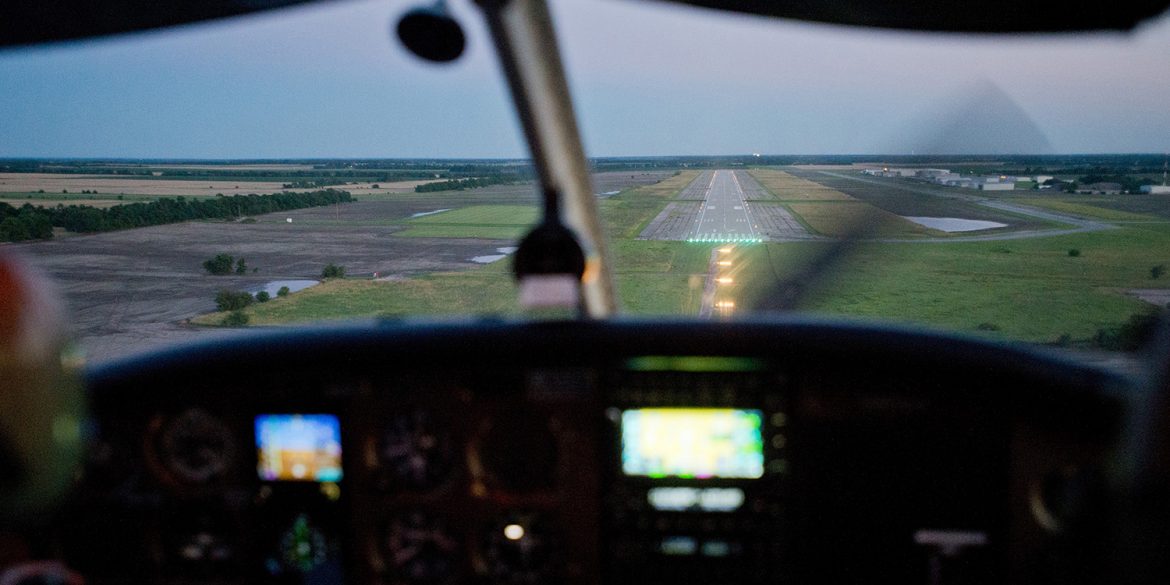 Hesston College’s School of Aviation has been invited to join the National Intercollegiate Flying Association (NIFA). Membership in NIFA offers Hesston College aviation students invaluable opportunities to compete and network with students from some of the largest and most prestigious collegiate flight programs in the United States.

According to the NIFA website, the organization was formed “…for the purposes of developing and advancing aviation education; to promote, encourage and foster safety in aviation; to promote and foster communications and cooperation between aviation students, educators, educational institutions and the aviation industry; and to provide an arena for collegiate aviation competition.”

In November, Hesston College received a formal invitation to join NIFA as a member of Region VI, which spans much of the northern Great Plains and upper Midwest. Other member schools in Region VI include K-State Polytechnic, Iowa State University, University of North Dakota and University of Wisconsin.

Three juniors – Jessica Buckwalter, Ellie Yoder and Austin Kunert – participated in two NIFA competitions, both conducted virtually. Though it was the college’s first intercollegiate flight competition, Buckwalter, Yoder and Kunert competed well with students from other Region VI institutions. Hesston College aviation students will be preparing for additional competitions to be held nationwide in February and March 2021. Due to COVID-19, all flight skill competitions have been cancelled for the remainder of the academic year.

“We are extremely pleased to join Region VI of the National Intercollegiate Flying Association,” said Mike Baker, director of aviation at Hesston College. “Membership in NIFA affirms Hesston’s fifty-year tradition of rigorous aviation education. We look forward to a time when Hesston aviation students can fellowship with other aviation students from across the nation.”