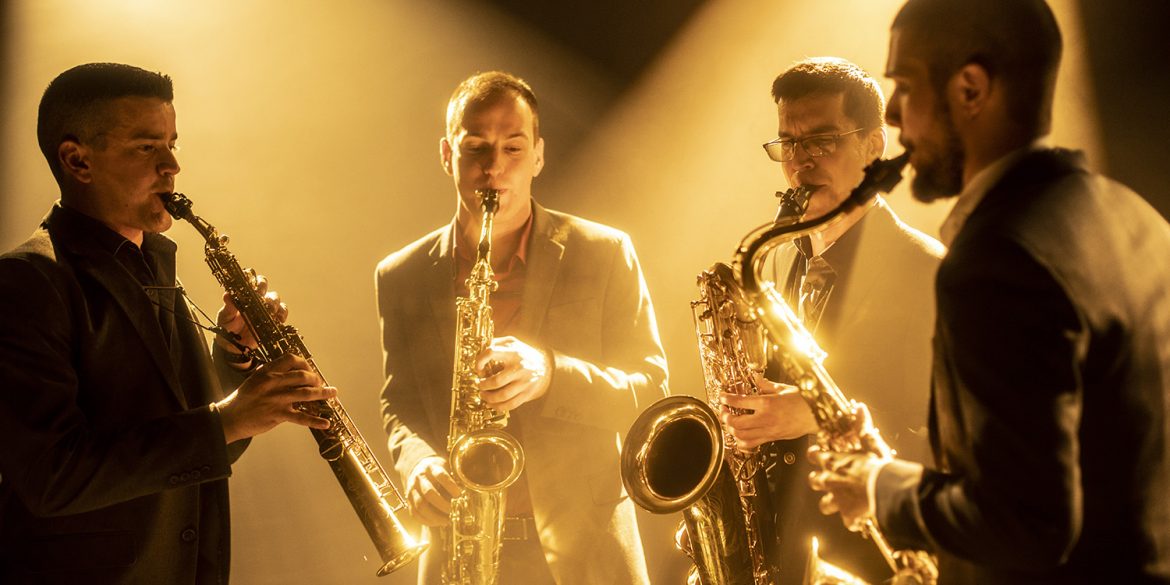 Hesston-Bethel Performing Arts (HBPA) is gearing up for its 37th season of bringing a diverse array of world-wide performers to south central Kansas. The 2019-20 line-up includes four artists new to the HBPA stage, and one repeat group.

“This season will bring several new artists to the series, and we’re looking forward to welcoming back The Swingles, a favorite from a few years ago,” said HBPA Director, Holly Swartzendruber. “We are also proud to offer several outreach opportunities for area elementary, high school and college students, as we deeply value the educational benefits these groups offer.”

The 2019-20 series kicks off on Oct. 18 with The Donald Sinta Quartet at Bethel College’s (North Newton, Kan.) Memorial Hall. A chamber group featuring saxophones, the quartet explores a repertoire that spans centuries, from commissions by emerging composers to transcriptions by master composers.

Boston-based Lorelei Ensemble, a nine-woman vocal chamber group, will take the stage on Nov. 7 at Hesston Mennonite Church, Hesston College. With bold programming and expertise spanning early to contemporary music, Lorelei is passionate about highlighting women in music, and is sure to please fans of other HBPA favorites like The King’s Singers and Chanticleer.

HBPA veteran and Grammy Award-winning a cappella group The Swingles, will present the annual series Christmas concert on Dec. 3 at Hesston Mennonite Church with its “Winter Tales” program. The group’s Christmas program mixes selections from the year-round repertoire with seasonal specialties, including surprising arrangements of traditional carols, winter-themed originals and nostalgic classics.

In what will be one of the more unique performances of the season, The Queen’s Cartoonists will be featured on Feb. 7 at Bethel College’s Krehbiel Auditorium. The Queen’s Cartoonists perform music from classic cartoons and contemporary animation synchronized to video projections of the original films. Audiences are treated to a fun evening of virtuosic musicianship, multi-instrumental mayhem and comedy.

Rounding out the season will be an Irish quintet, Goitse, on March 9 at Hesston Mennonite Church. Playing a variety of instruments paired with crystalline vocals, the group performs its own compositions as well as traditional tunes from Ireland and abroad.

HBPA season tickets are available starting at $80, with a discount available for senior citizens. Single tickets can also be purchased for individual performances. Season or single tickets can be purchased through the HBPA website, by calling 620-327-8105, or in person at the Hesston College Bookstore or Bethel College Thresher Shop during regular business hours.