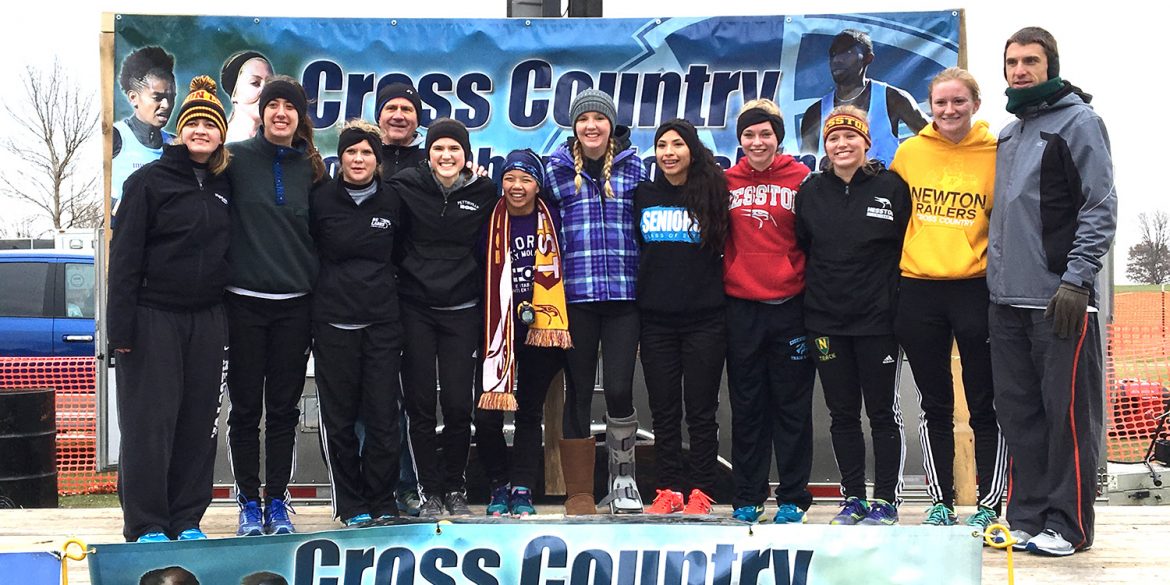 A common refrain among the Hesston College cross country team is, “make good memories.” The women’s cross country team sure had that opportunity this past weekend in Fort Dodge, Iowa, as they competed in the National Junior College Athletic Association National Championship race on Saturday. They finished the season with great individual performances and a 22nd place finish among a field that included 42 teams and more than 300 nationally competitive runners from 60 colleges across the country.

Sam Trejo led the team with a 19:42.7 time and a 60th place finish. She was followed closely with another sub-20 minute 5k from Sierra Broce (19:51.9, 71st place). The top five runners, Trejo, Broce, Sadie Winter, Kate Kilmer and Liz Miller all had fantastic runs to score for the Larks. Their 5k average time was 20 seconds higher than the team’s best, choosing the national championships to run their best meet of the season.

They were able to send off their legendary Hesston College coach, Gerry Sieber, with a fitting last competition and come home to Hesston College with their heads held high. “We wouldn’t be a team without Gerry,” said sophomore Sierra Broce. “With this being Gerry’s last season to coach, it got really emotional at times. You can really tell how much he cares about his team. He would go to the ends of the Earth for each one of us.” For Coach Sieber, this effort is the culmination of 49 years of coaching with 30 of them at Hesston College as both the cross country and track coach and previously the men’s soccer coach.