The bounce back: A Lark gets back his winning wings 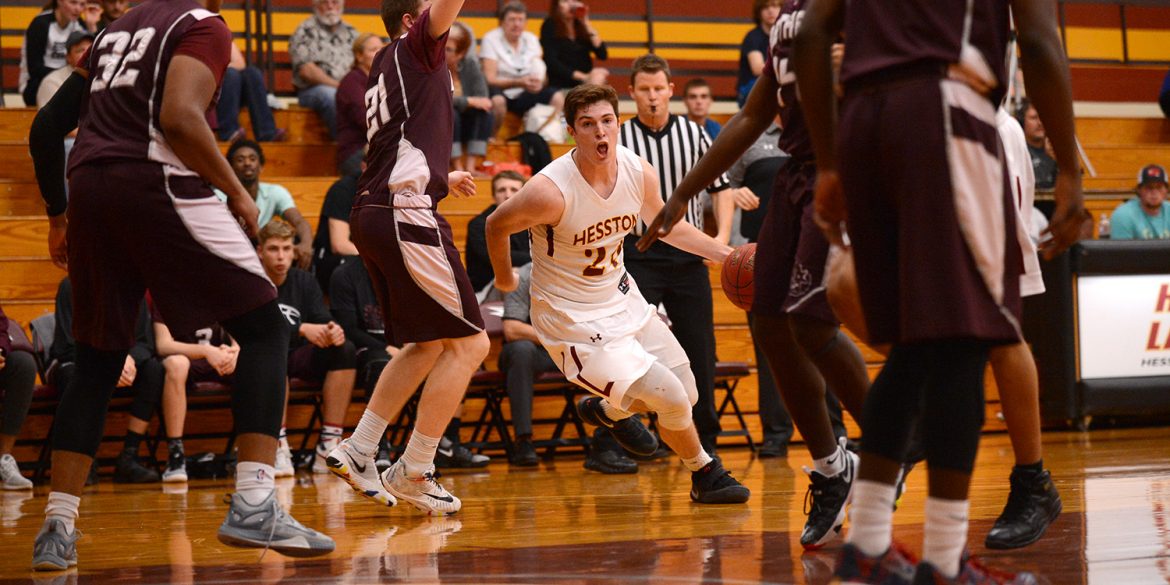 As a sophomore in high school, Heath Agnew was captain of his basketball team, averaging a double-double every game. Proven to be a young leader with immense potential, Agnew already had colleges begin the show interest in him. By his junior year he was getting calls from some of the biggest Division II schools in the country, several Division IIIs, and even a couple of Division Is. Agnew’s future was looking promising.

Basketball was year-round for Agnew. During the fall of his senior year, it became his sole focus. But there was one thing holding him back. He had started feeling shooting pains in his back the previous summer.

“I never thought anything of it,” he said. “When it started hurting I’d go see someone to loosen my muscles so I could still play. I never took time off. I thought ‘I’m 17 years old, I’m invincible, I’ll be fine.’ ”

So he kept training.

Then, in the middle of weight training, it happened.

He felt a pop while dead-lifting.

The next morning he wasn’t able to move his right leg. Agnew had suffered from a herniated disc, causing pinching in the sciatic nerve down his right leg. He was put in rehab, started physical therapy, endured shock pain management and hoped to be healthy by the time the season started.

However, recovery wasn’t going as well as expected and Agnew missed the first six games of the season. The DI and II schools who had been watching him called to say they chose to put him on hold for the spring. After seeing rehab wasn’t working, the doctors gave Agnew two options.

“Do you want to play or have surgery?”

“Looking back on it now, I should’ve had surgery,” said Agnew. “But it was my senior year and those guys were the teammates I’d been playing with since third grade. That was my team, my school, my people and I had to show loyalty to that.”

So Agnew played through the pain and contributed to the team the best he could. He returned to play for four games before he broke his ankle and ended up in a boot, benched for three more weeks.

He came back to play three weeks earlier than he should’ve, helping his team end the season by winning district.

Then he and his mom decided it was time for surgery. By then the nerve damage was so bad, he could no longer feel anything above the ankle in his right leg.

“At that point, all thoughts of playing college basketball were over,” said Agnew. “I decided I was just going to go to school and be a regular student at Texas State.”

But when he woke up from surgery, feeling like a new person, he reconsidered.

“I visited two DIIIs in Texas and got a good offer from a DII in Minnesota,” said Agnew. “I was really considering Minnesota, but after they found out about my back injury, things changed. I told the coach, ‘Minnesota’s too cold for that small offer.’”

“I got a call from my dad saying that he had received a call from a NJCAA, DII school in Hesston Kansas,” said Agnew. “I wasn’t considering a junior college, but my dad said the coach was already in Texas, why not give it a shot?”

Agnew’s car ride to Texas Roadhouse, where he was meeting Galyon, was the first time he was able to sit up, let alone ride in a car for two weeks.

“We got there before they did so I went to the bathroom,” said Agnew. “I’m using the bathroom and Hurricane Galyon comes flying at me and starts greeting me, a hundred miles an hour talking to me. I thought ‘what am I getting myself into?’”

“It was the perfect day, 70 degrees, chicken patties for lunch, everything was perfect,” said Agnew. “I met with the Jontray Harris, who I had known from playing against in high school, and instantly I could just see the maturity from just a year at Hesston. It was a testament to how coach can change people.”

On his way back to Texas, Agnew called his mom and told her he’s moving to Kansas.

“I committed and the rest is history.”

But that’s not the end of the story.

“He just keeps getting healthier and healthier,” said Galyon. “A guy who comes in as a freshman and didn’t play much while his body was getting right, to now as a sophomore, started every game this semester, unanimous team captain, I would say in some ways he’s won more than people ever thought.

“Heath Agnew’s story is incredible,” said Galyon. “When we talk about athletics, we talk about perseverance, toughness and winning. Yes, winning is important. But if you think about winning in a broader perspective, winning is not giving up, defying the odds and coming back from adversity.”