Nursing program ranked #11 in the country 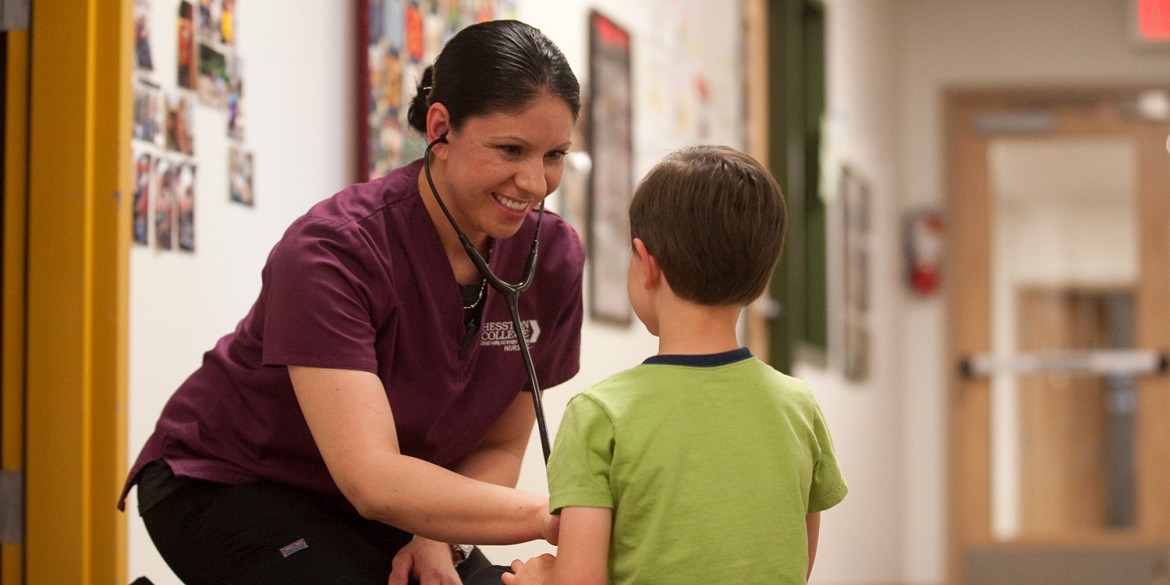 The Hesston College Nursing program has been named one of the country’s top nursing schools, coming in at number 11, among vocational, career and community colleges in the NursingSchoolsAlmanc.com’s inaugural rankings.

The ranking places Hesston College Nursing in the top one percent of more than 3,200 schools considered, 1,900 of which fall into the vocational, career and community college category. Only four percent of schools considered made the list. Hesston also received the highest ranking of any private or public, two-year or four-year Kansas college or university on the nation-wide lists.

“This ranking confirms the internal strengths of our Associate Degree Nursing program, which have been noted by faculty, graduates and our healthcare community over time,” said Bonnie Sowers, director of Nursing Education.

NursingSchoolsAlmanac.com provides the web’s most comprehensive and analytical resource for aspiring nurses to select their nursing school. The criteria used to determine the rankings included the institution’s academic prestige and perceived value, the breadth and depth of nursing programs offered and student success, particularly on the NCLEX-RN national licensure exam.
Hesston College offers several tracks and degree options for nursing students, including an associate’s degree in nursing (ADN), bachelor’s degree in nursing (BSN) and RN to BSN degree completion program that will begin in January 2017.

The college first launched the ADN program in 1966, and over the last 50 years, more than 1,600 students have graduated, with 98 percent of graduates passing the NCLEX-RN and becoming registered nurses. Due to industry demand, the BSN program was added in fall 2015.

“When developing our new BSN program, faculty were determined to retain the central strengths of the ADN program and then to build upon those strengths with additional competencies expected of BSN graduates,” said Sowers. “Faculty and students are excited that the new BSN program has been built on such a strong tradition that has served our nursing students and the healthcare community so well for the past 50 years.”