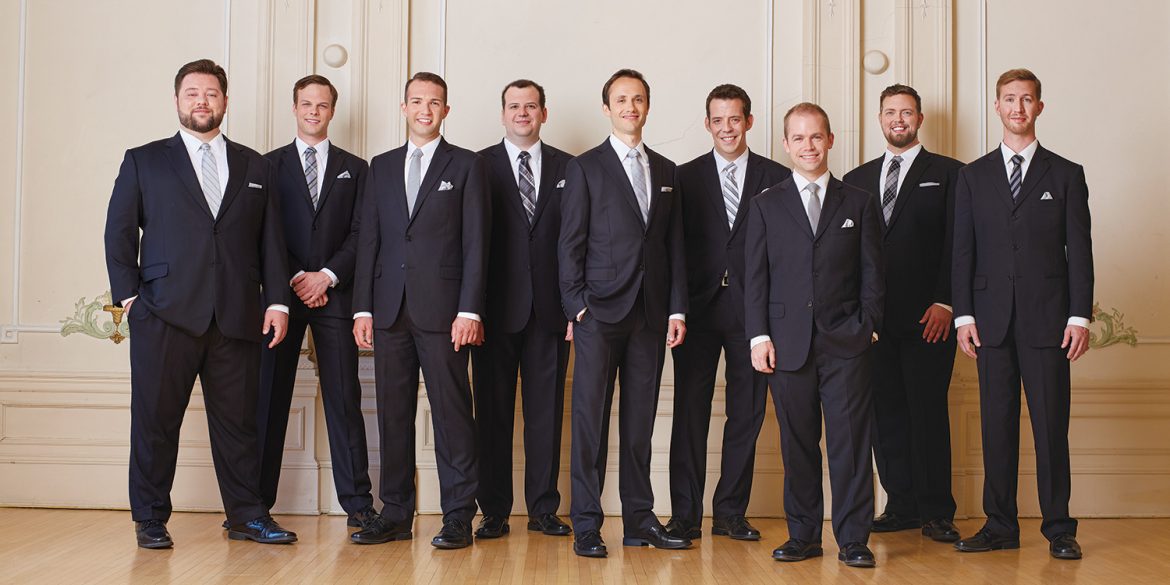 Hesston-Bethel Performing Arts (HBPA) will welcome Cantus to the stage for a performance in celebration of the Christmas season at 7:30 p.m., Saturday, Dec. 3, at Hesston Mennonite Church on the Hesston College campus.

The program, “Christmas with Cantus,” draws on traditions passed from parent to child or friend to friend. A description of the holiday program states, “While they [traditions] may seem timeless, we are reminded that our loved ones are not. With holiday favorites, Biebl’s beloved “Ave Maria,” and music from across five centuries, Cantus explores the meaning behind traditions and discovers the wonder anew in those experiencing it for the first time.”

Lauded by Fanfare as the “premier men’s vocal ensemble in the United States,” Cantus is one of only two professional male choruses in the country, the other being another HBPA favorite, Chanticleer.

The eight-voice ensemble, based in Minneapolis-St.Paul, Minn., is known worldwide for its trademark warmth in a repertoire spanning the Renaissance to the 21st century. The group’s hometown Star Tribune identifies the ensemble as “intellectually, emotionally and musically rich.”

Cantus performs more than 60 concerts a year in national and international venues, including some of the country’s biggest stages, such as Lincoln Center, the Kennedy Center, UCLA, San Francisco Performances, Atlanta’s Spivey Hall and Bravo! Vail Valley Music Festival. The group also has released 17 albums on its self-titled label.

Founded on the ideals of collaborative music-making, the group strives in its performances to engage the audience and give voice to the shared human experience. Likewise, the musicians are committed to ensuring the future of ensemble singing by mentoring young singers and educators and engaging with students at every stage of their musical development through master classes, lecture demonstrations and guided performances.

HBPA reserved seating and general admission tickets for Cantus’ Dec. 3 performance are available online, by calling 620-327-8158 or in the Hesston College bookstore in Erb Hall or in Bethel College’s (North Newton, Kan.) Thresher Shop in Schultz Student Center during regular business hours. Prices range from $23 to $27 with discounts available for students and senior citizens.