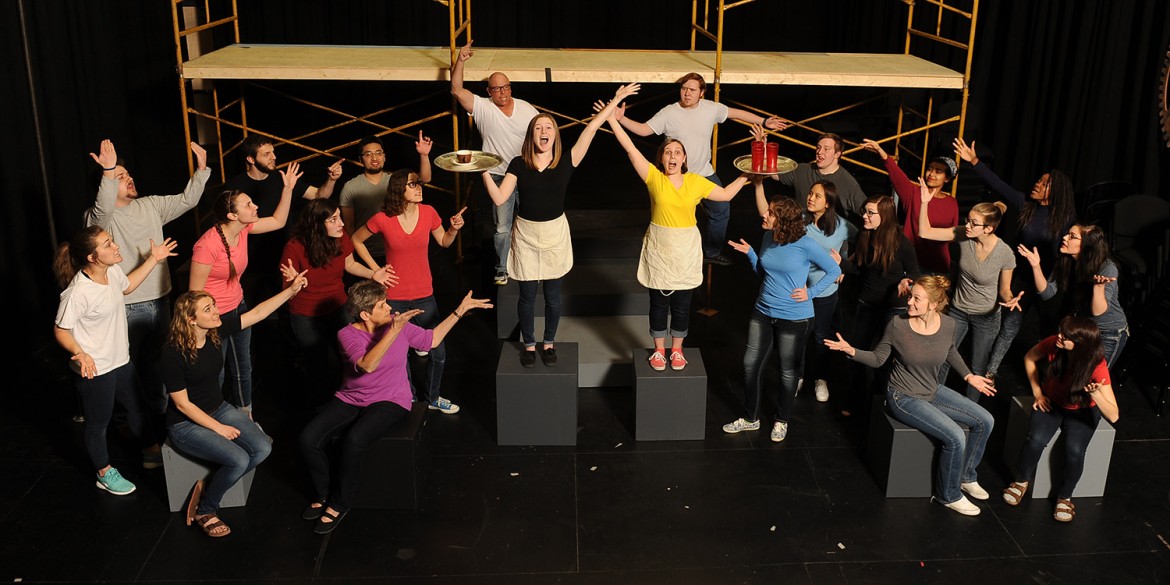 Based on Studs Terkel’s best-selling book of interviews with American workers and adapted by Stephen Schwartz, the mind behind the musicals Wicked and Godspell, Working is a compelling look at our jobs and how those jobs influence our identity. Consisting of monologues and songs inspired by truck drivers, teachers, hedge fund managers, masons and more, Terkel notes that “work is a search, sometimes successful, sometimes not, for daily meaning as well as daily bread.”

“The widely understood topic of “Working,” and the fact that these characters are based on real people and their honest words, offers a level of humanity and credibility to their point of view,” said Jantzi. “The audience may see themselves or some aspect of how they feel in the performances. It’s about finding dignity and strength in what you do as an individual and then allowing you to think about how that influences us as a community.”

Jantzi, in her first year as Hesston College theatre faculty, says that although the show has been planned for nearly nine months, the recent events affecting Hesston and neighboring communities gives the show renewed messages of respect, dignity and the importance of community.

“Given the recent circumstances that have affected our community, specifically, there is a need to find peace and purpose to what we choose to do every day,” said Jantzi. “We have a cast of 25 who are themselves working to bring this all together. No one can do it alone.”

“Our fall show (These Shining Lives) featured women in the workplace and the difference they made through their sacrifice, and I wanted this show to be lighter in tone but sill reiterate that idea of finding meaning in all that we do,” said Jantzi.

Working is rated PG for mild language. Tickets are $10 for adults and seniors and $5 for students. Tickets can be purchased through the Hesston College Bookstore in person, by phone at 620-327-8104 or online.

Purchasing tickets in advance is recommended due to limited seating. Tickets will also be available at the door 30 minutes prior to show time and are subject to availability.