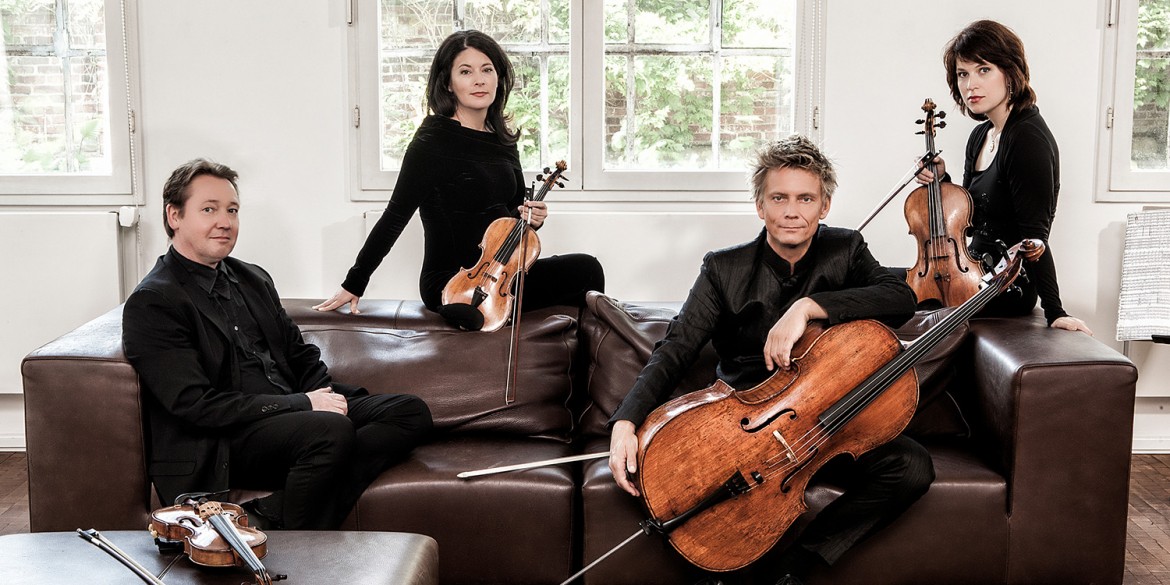 One of the most internationally sought-after string quartets, Minguet Quartet, will join with dynamic pianist Andreas Klein for the third concert in the Hesston-Bethel Performing Arts Series (HBPA) 2015-16 season at 7:30 p.m., Monday, Feb. 1, at Hesston Mennonite Church on the Hesston College campus.

Minguet Quartet, a German group comprised of two violins, a viola and violoncello, was founded in 1988 and has since played in many of the great concert halls of the world. The ensemble’s repertoire focuses on both Classical-Romantic and modern music, and has been hailed by the Washington Post for its “virtuosity and passion” and “flawless ensemble interplay.”

The Quartet’s namesake is Pablo Minguet, an 18th century Spanish philosopher who, through his writings, strived to facilitate access to the fine arts for all sectors of the population.

Aside from their south central Kansas concert, the ensemble’s 2015-16 season also includes appearances at world-famous music festivals and concert tours in Great Britain, Finland and the United States.

Klein, who also hails from Germany, was lauded by the New York Times as “a fascinating artist with all the indispensable qualities: temperament, taste, touch, tone, the four T’s of pianism” and “a pianist who makes silences sound like music.”

Klein’s storied career as an orchestra soloist and recitalist has taken him to the world’s most prestigious venues. As a chamber musician, his collaborations include some of the world’s greatest ensembles.

Reserved seating and general admission tickets for Minguet Quartet are available online or by calling 620-327-8158. Ticket prices range from $17 to $20 with discounts available for students and senior citizens.

Remaining concerts in the 2015-16 HBPA lineup include the Grammy Award-winning men’s a cappella ensemble Chanticleer on Feb. 23; and London-based vocal ensemble The Swingles on April 3.