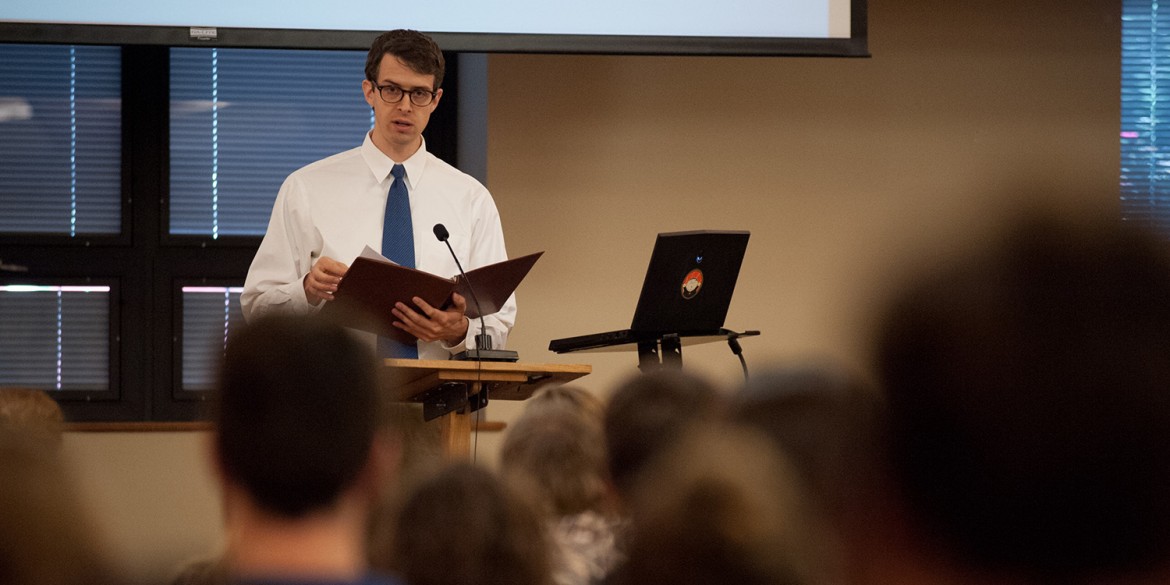 Hesston College ESL instructor and fiction author André Swartley (Newton, Kan.) presents to the campus community about writing in an Oct. 2 pre-release celebration of his fourth book, The Wretched Afterlife of Odetta Koop, set to be released Oct. 31. Swartley, along with his wife, Kate, owns the independent publishing company Workplay Publishing, which has published eight books, including three of his own. Swartley, a Hesston native, noted that his first three books were travel stories, but The Wretched Afterlife of Odetta Koop is a personally inspired story of home as he “grew up with a persistent terror of my house.” Swartley grew up in the historic home known
as The Elms that was once owned by Hesston College and served as a dormitory.