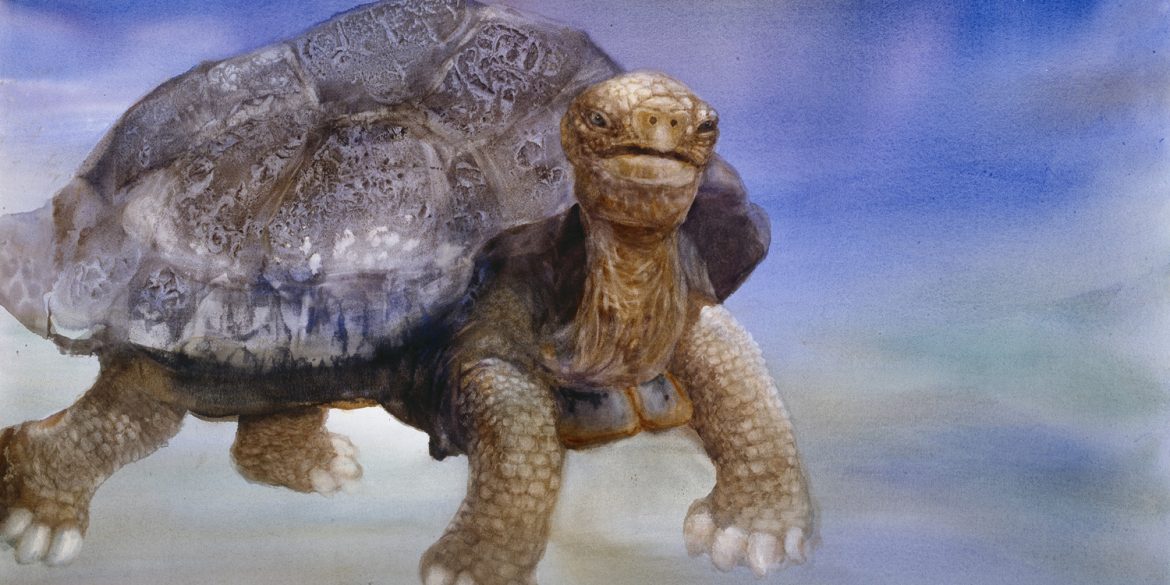 The Hesston College Music Department invites you to sing in the annual Hesston College Masterwork performance, Song of Wisdom, Saturday, November 16. Narrated by Jim Yoder, faculty emeritus, a family program will be presented at 4:15 p.m., followed by a complete performance at 7 p.m.

Based on the children’s book by Douglas Wood, a disagreement arose between God’s creation about the nature of God. Mountains, rivers, stars, ants, lions and bears broke into an argument until the wise Old Turtle brought them new perspective stating “God is all that we dream of, and all that we seek… all that we come from and all that we can find.” Once humans inhabit the earth, they also begin quarreling and lose sight of God. Now it is up to all of creation to show them God’s presence.

The story of the Old Turtle is brought to new life through a choral and orchestra setting by Joseph Martin which combines narration and music. Parents with children of all ages are invited to a 45 minute afternoon family program with No Shushing Allowed! The evening performance will include a Handel Organ Concerto featuring Ken Rodgers as well as an audience sing of O Day of Peace to the Hubert Parry tune Jerusalem, made famous by the BBC proms.

All chorus members are requested to give a $20 donation to cover the cost of music.

Questions may be directed to Russell Adrian, russell.adrian@hesston.edu, 620-327-8143

A performance of the overture from Song of Wisdom from Old Turtle by Joseph Martin, performed by Turtle Creek Chorale, The Women’s Chorus of Dallas and Metropolitan Symphony Orchestra

“Song of Wisdom” from Old Turtle by Joseph Martin
“Once, Long Ago”
“And the People Came”

Organ Concerto in Bb Major, Op. 4, No. 6 by Frederic Handel