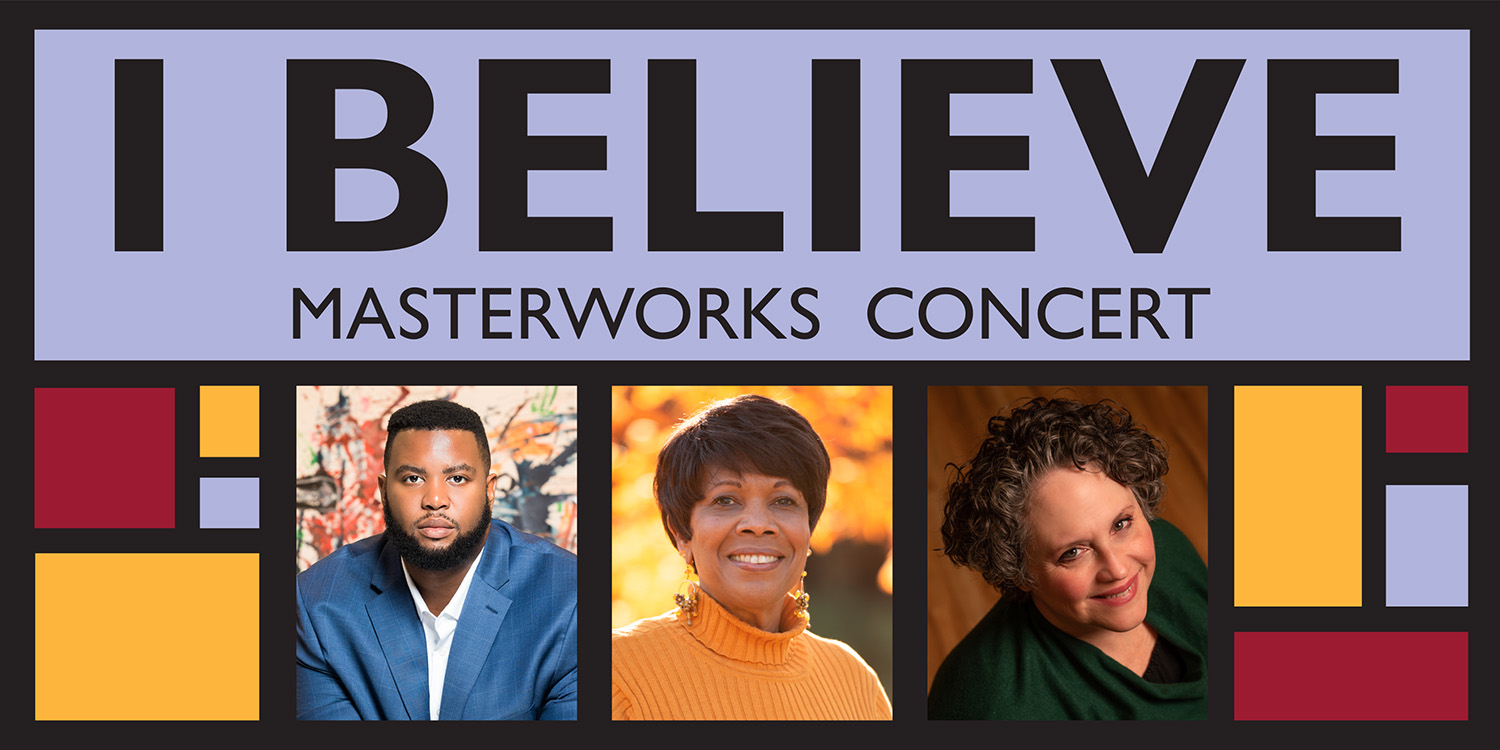 Performers will include the Masterworks Choir made up of Hesston College students and community members along with professional orchestra members. Evan Julius Nelson, baritone, Dr. Carren Moham, soprano, and Dr. Holly Swartzendruber, soprano, are featured soloists.

Albany, Ga., native Evan J. Nelson appeared in the roles of Guglielmo in Mozart’s “Cosí fan tutte” and Polyphemus in Handel’s “Acis and Galatea” with the University of Missouri-Kansas City Conservatory Opera in addition to being the baritone soloist for Margaret Bond’s “Credo” with the UMKC Conservatory’s combined choirs and orchestra in Helzberg Hall at the Kauffman Center for the Performing Arts. His operatic credits also include Masetto in Mozart’s “Don Giovanni,” Mr. Gedge in Britten’s “Albert Herring,” Aeneas in Purcell’s “Dido and Aeneas” and Prince Yamadori in Puccini’s “Madama Butterfly.”

Dr. Carren Moham, Hesston College’s vice president of academics, has highlighted virtually unknown and unpublished art songs of African-American composers through two concert series “Songs by African American Composers” and “Songs by African American Women.” She has performed these concerts and given lecture recitals and master classes on this topic in several venues throughout the United States, Europe and South America. She was invited to perform “Songs by African-American Composers” for a National Endowment of the Arts program for President Bill Clinton and First Lady Hilary Rodham Clinton during their White House tenure.

The composers chosen for this performance bring their own history to the forefront. William Dawson was recognized for his contributions as a composer to both orchestral and choral literature. He is best known for his arrangements of and variations on spirituals and his Negro Folk Symphony gained notoriety at its 1934 world premiere.

The work of Robert Owens draws heavy inspiration from the poetry of Langston Hughes. Owens met the poet in 1955 and continued correspondence with him for several years. His works can be heard broadcast on Bavaria Radio and several have been recorded for Naxos, Cinnabar and Albany record labels. Owens taught at Albany (Georgia) College, The University of Michigan (Ann Arbor) and Southern Methodist University (Dallas, Texas).

Margaret Bonds was a lifelong advocate for racial and social justice and was influenced by the philosophy of W.E.B Du Bois. By the time she was 8 years old, Bonds had played the piano for several years and written her first composition. In 1933 and 1934 she earned her bachelor’s and master’s degrees in piano from Northwestern University (Evanston, Ill.). She would go on to become such a renowned musician that in 1967 Chicago mayor Richard J. Daley made January 31 of that year the city’s official Margaret Bonds Day.