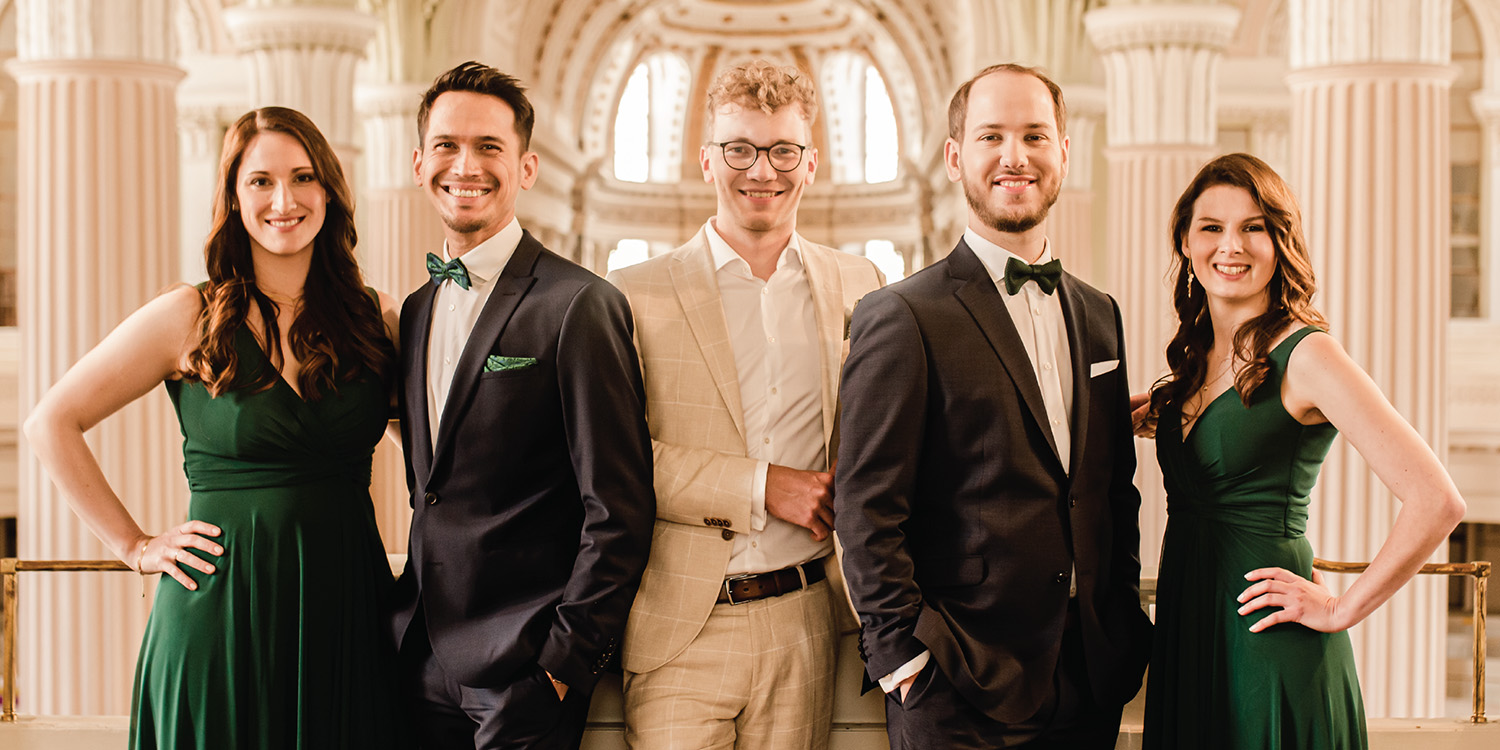 The Dec. 6 Calmus Christmas concert at Hesston Mennonite Church has been canceled with the hope of rescheduling Calmus or another ensemble for a different program in spring. Single-event ticket holders can request refunds by contacting Brandy Quinn, Bookstore manager, at brandy.quinn@hesston.edu, 620-327-8104. Sunflower Performing Arts will share news of a replacement or rescheduled concert in early 2023.

Sunflower Performing Arts presents Calmus, a German vocal group offering songs from the Renaissance, Baroque and Romantic periods as well as the 20th century. The performance will be held December 6 at 7 p.m. at Hesston Mennonite Church. An earlier performance will take place at Bethesda Home in Goessel.

“I’m excited for the evening performance of international Christmas songs. I am also pleased that the members of Calmus are willing to offer a short program in a neighboring community,” said Sunflower Performing Arts Director Holly Swartzendruber, “and that they have invited Bel Canto Singers to join them during the evening concert for a couple of songs.”

Calmus has won several international prizes and competitions including the OPUS Klassik 2019 for “Best Choral Recording”. This vocal ensemble performs often throughout Europe and North America with more than 50 concerts a year.

Calmus has commissioned and premiered compositions from artists including Paul Moravec, Mathew Rosenblum, Bernd Franke, Stefffen Schleiermacher and many more. In addition, the ensemble has a robust history of collaborations with other musicians and musical groups including the MDR Sinfonieorchester, one of the oldest radio orchestras in the world and the oldest in Germany.

The performance will consist of global Christmas songs performed a cappella. Hesston College’s Bel Canto Singers will share the stage for a portion of the evening concert.“Making music and experiencing it in person are such a wonderful way to make and strengthen connections between people,” said Swartzendruber.

Currently masks are optional, but as the series complies with the masking policies of both Hesston College and Hesston Mennonite Church, audience members should be prepared to wear a mask if required.

Tickets are available at the door, or may be purchased at the Hesston College Bookstore. For more information, call 620-327-8158 or visit sunflowerarts.org.