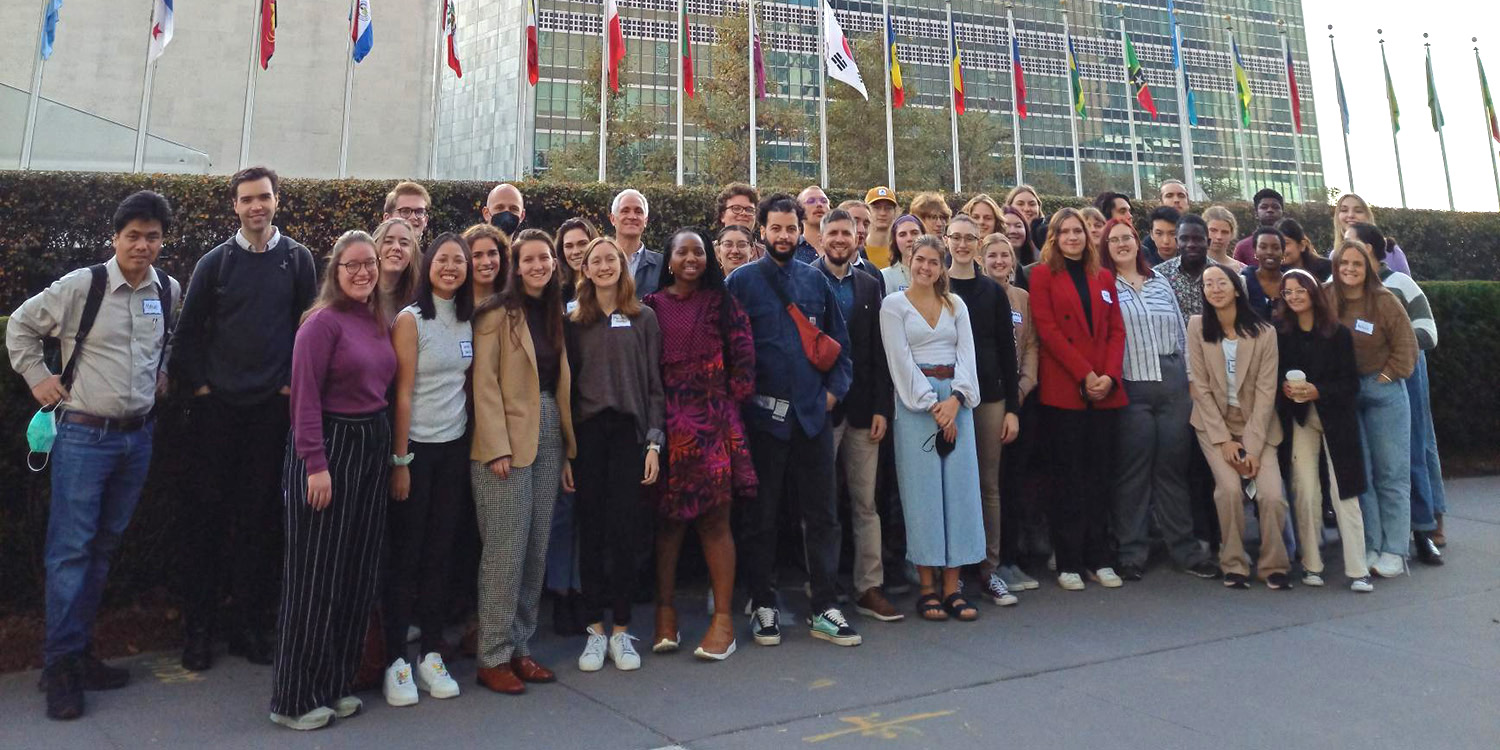 Jesse Kanagy, a sophomore from Lancaster, Pa., reflected on his experience, “I think we often approach global conflicts with the arrogance of a world superpower, but it’s necessary as outsiders to have the humility to recognize when we don’t fully understand a situation.”

Several presenters were part of the seminar, all of whom focused on nonviolence and what can be learned from the current conflicts in Ukraine, Myanmar and the Democratic Republic of the Congo. Students were also able to meet with Ferit Hoxha, Permanent Representative of Albania to the United Nations.

Jessica Raharjo, a junior engineering major from Semarang, Indonesia, was prompted to shift her career focus during a portion of the seminar. “At the end of the Career and Development session of the seminar, I realized how selfish I was. I came to the U.S. with the hope of studying engineering, then working in aerospace engineering and making a lot of money for myself,” said Raharjo.

Raharjo learned that one of the companies she has dreamed of working for builds aircraft that are used in combat, “It will be double-faced if I keep on saying I support nonviolence but my career choice says the opposite thing. I finally decided to change my career path to civil engineering. I want to build houses, bridges and other infrastructure in underdeveloped countries.”

The seminar shaped Raharjo’s working definition of peace. “Peace is a dynamic action. It takes time, commitment and sometimes life to do it. It takes courage and bravery,” said Raharjo. “Therefore, together, joining hands with one another in humility, we have to be a container and agent of peace.”

The opportunity to attend this seminar came to the students through John Murray, director of international admissions, and Michele Hershberger, Bible professor, at Hesston College. Kanagy, Miller and Raharjo are students in Hershberger’s Jesus and the Gospels class which offers a curriculum centered around peace and justice.