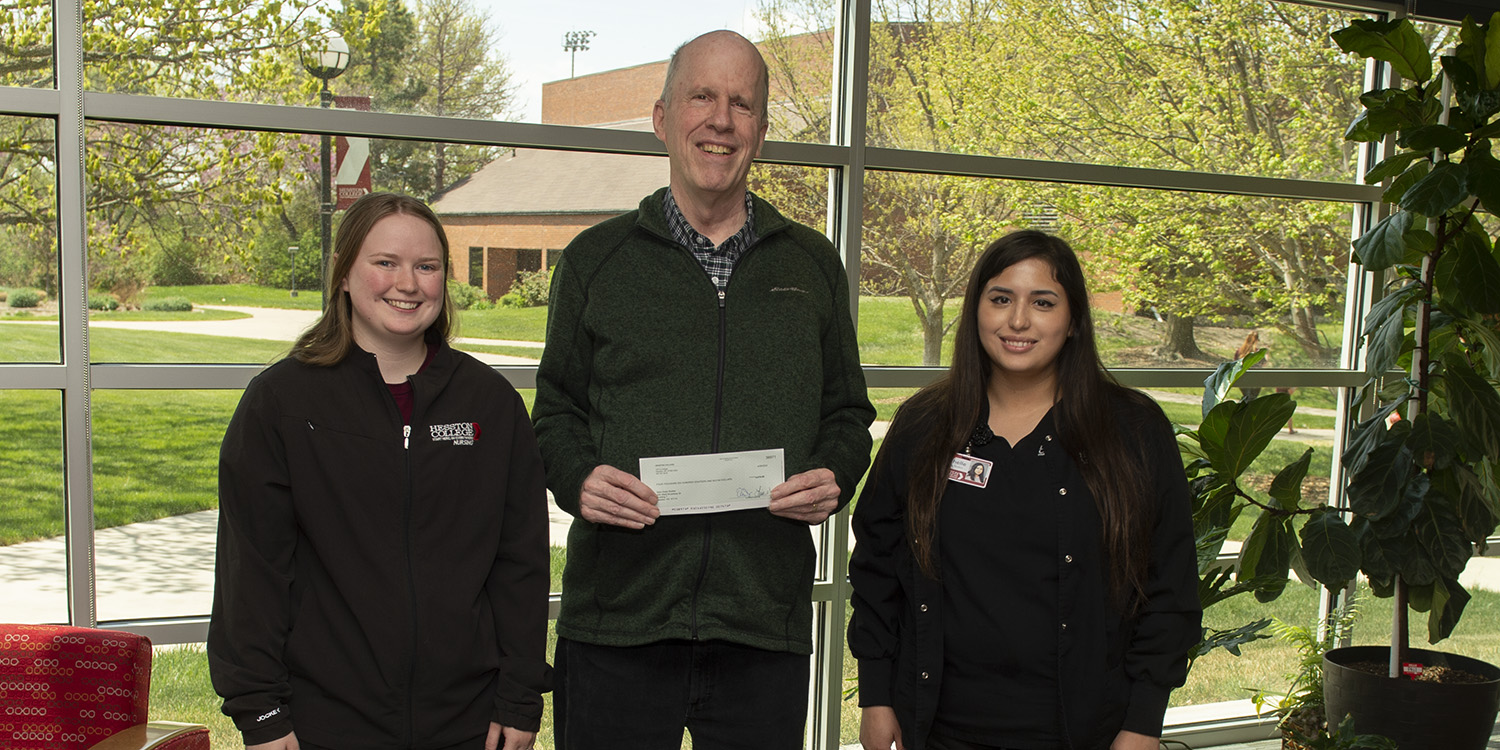 Along with high job placement and licensure exam pass rates, one feature that sets Hesston College’s School of Nursing apart is a culture of support for students. Now junior and senior nursing students are extending that same support and care to the unhoused population of Harvey County, raising over $4,500 for New Hope Shelter in Newton.

The idea began during a meeting of the Hesston College nursing club. “During a nursing club meeting, we learned that Wichita was having a fundraiser called Sleep Out ICT that encouraged people to give up their bed for one night as an act of solidarity and fundraiser for the homeless community there,” said Michelle Ramos-Carreno, a junior nursing student from Salina and class leader in the nursing club. “We discussed doing something similar. To try to raise as much money as we could, we turned into a friendly competition between the junior and senior nursing classes.”

In the end, that “friendly competition” raised $4,618 for New Hope Shelter, which serves unhoused people from Harvey, Butler, Marion and McPherson counties. Brian Bisbee, executive director at New Hope, was surprised and delighted to receive the check.

“We greatly appreciate the efforts of the junior and senior nursing students at Hesston College,” said Bisbee. “What an amazing fundraiser and an amazing group of students.”

For these future nurses, the fundraiser was a natural extension of their calling to care.

“This fundraiser connects with what we learn in the classroom,” said Delaney Lawrence, senior from Wichita and class leader in the nursing club. “Nursing care is not just focused on the hospital. There are people all over that could use some help.”

Bisbee plans to put the donation straight to work. The money will support operations at New Hope Shelter, aiding in the end goal of “providing hope and a new start to homeless people in the name of Christ,” Bisbee said.

“We appreciate Hesston’s nursing students helping us with that work,” Bisbee added. “We look forward to working with them again.”