Hesston College to present the well loved musical, James and the Giant Peach, March 2 to 6 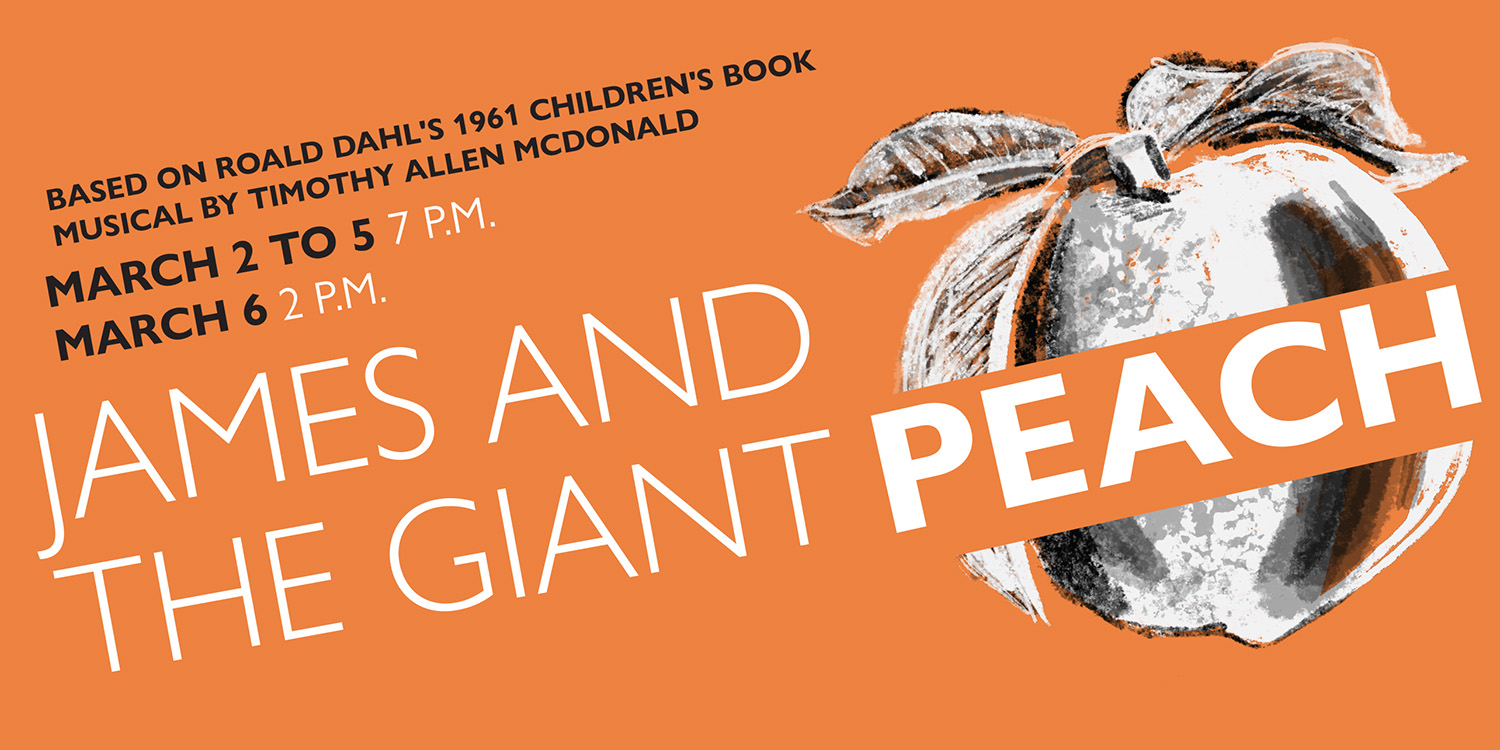 Hesston College Performing Arts will present five performances of James and the Giant Peach, March 2 through 6. Music and lyrics are by Benj Pasek and Justin Paul and the book is by Timothy Allen McDonald, based on Roald Dahl’s story of quirky characters.

The musical follows Dahl’s 1961 children’s book, which traces the life of the orphan, James Trotter. After leaving the orphanage to live with his two horrible aunts, he discovers a peach growing outside. As the peach grows, he soon ventures inside it, befriending five interesting insects. Through a series of odd adventures, James gains an unexpected, unconventional understanding of what it means to be a family.

“The idea of creating a loving home is a wonderful thing, but for some, who you call family can also be by choice and that resonates with many people, including our cast and production team,” said director Rachel Jantzi. “This story is about surrounding yourself with those you love and who love you back…through pain and joy, they stay by your side.

“This musical has an incredible score that was written by the same men who wrote the music and lyrics for The Greatest Showman, La La Land and Dear Evan Hanson,” Jantzi continued. “The music is challenging, but we have strong performers who have been working hard to bring this show to life.

“A fun aspect of this show is the massive peach that can comfortably hold six singing and dancing actors, including one small James. Our James is a guest performer, a 10-year-old named Hannah, who has been incredible to work with and has really held her own among these college students. It’s been special watching the kind and encouraging interactions in our rehearsals.”

James and the Giant Peach will be shown in the Black Box Theater in Keim Center. Shows are scheduled for 7 p.m. Wednesday, March 2, through Saturday, March 5, and 2 p.m. Sunday, March 6. Tickets ($12 adults, $5 students) are available at the Hesston College Bookstore, 620-327-8104, or online at hesston.edu/bookstore.

Audience will be required to wear masks. Performers who are fully vaccinated and tested will perform without masks.