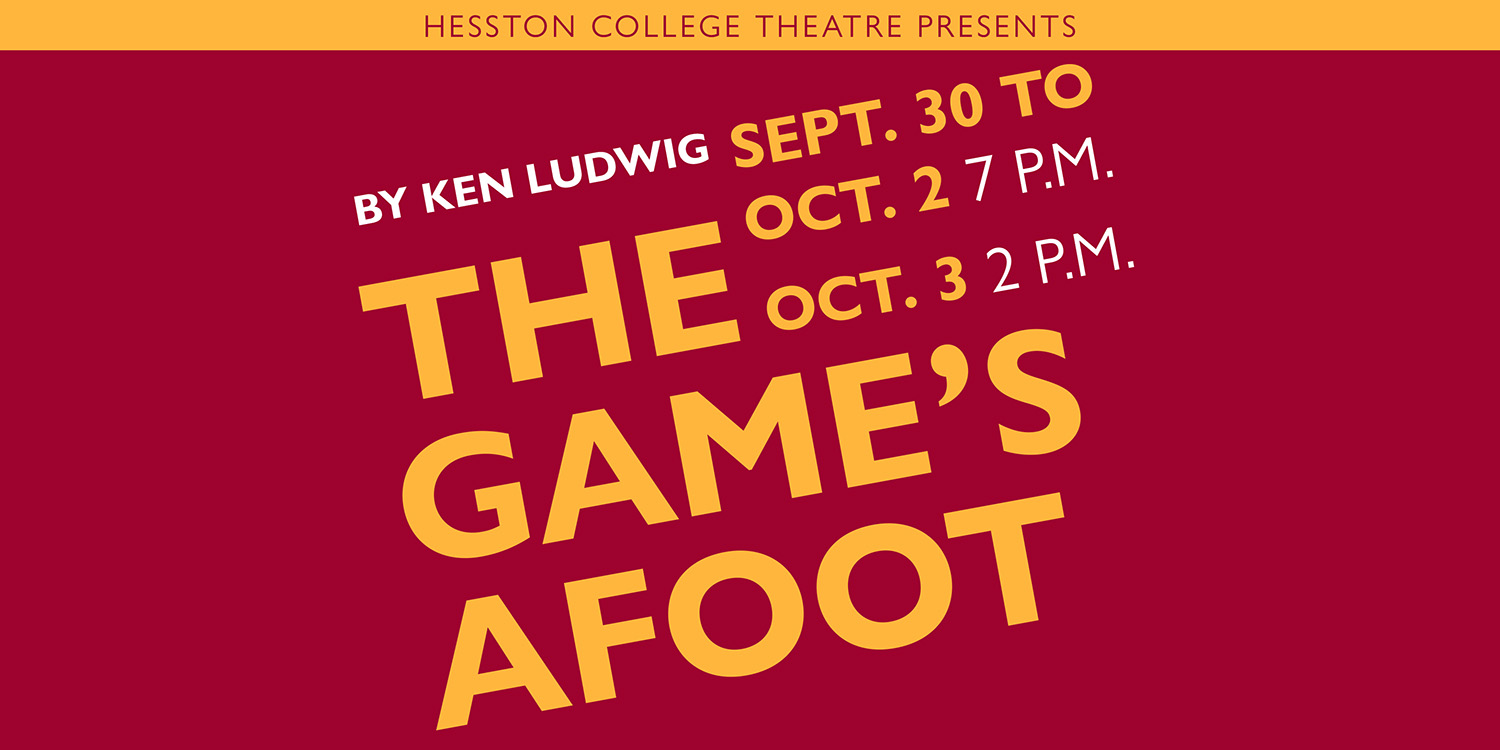 Hesston College Theatre will present four performances of the murder mystery comedy “The Game’s Afoot” as the fall play from Sept. 30 through Oct. 3, at the Keim Center Black Box Theater. Showtimes are at 7 p.m. on Thursday, Friday and Saturday, with a 2 p.m. matinee on Sunday, Oct. 3. The play is rated PG.

“The Game’s Afoot” won the 2012 Mystery Writers of America Edgar Allan Poe Awards for best play. William Gillette, an acclaimed actor of the 1930s, invites his Sherlock Holmes co-stars to his eccentric Connecticut mansion for a Christmas Eve celebration. When one of the guests is murdered, Gillette employs the persona of the master detective he’s made famous on the stage as he and the others work to solve the mystery.

“It’s such a fun show,” said director Celaine Worden. “Not only is it a murder mystery, but it’s also a comedy. There is a lot of physical humor, and it allows people to laugh. Now more than ever, we could all use a laugh.”

Ticket prices are $5 for students and $10 for adults and seniors. Tickets can be purchased online in advance online or by phone at 620-327-8105. Seating is limited and will follow Hesston College health guidelines.

This Hesston College production is part of a seasonal lineup centered on “the home,” and stars eight student actors: Quinton Yoder as Gillette; Kayla Gunn as Martha; Isaac Tice as Felix; AnDena Collins as Madge; Josh Fleming as Simon; Phoebe Kolb as Aggie; Savannah Zink as Inspector; and Smilla Burkin as Daria.