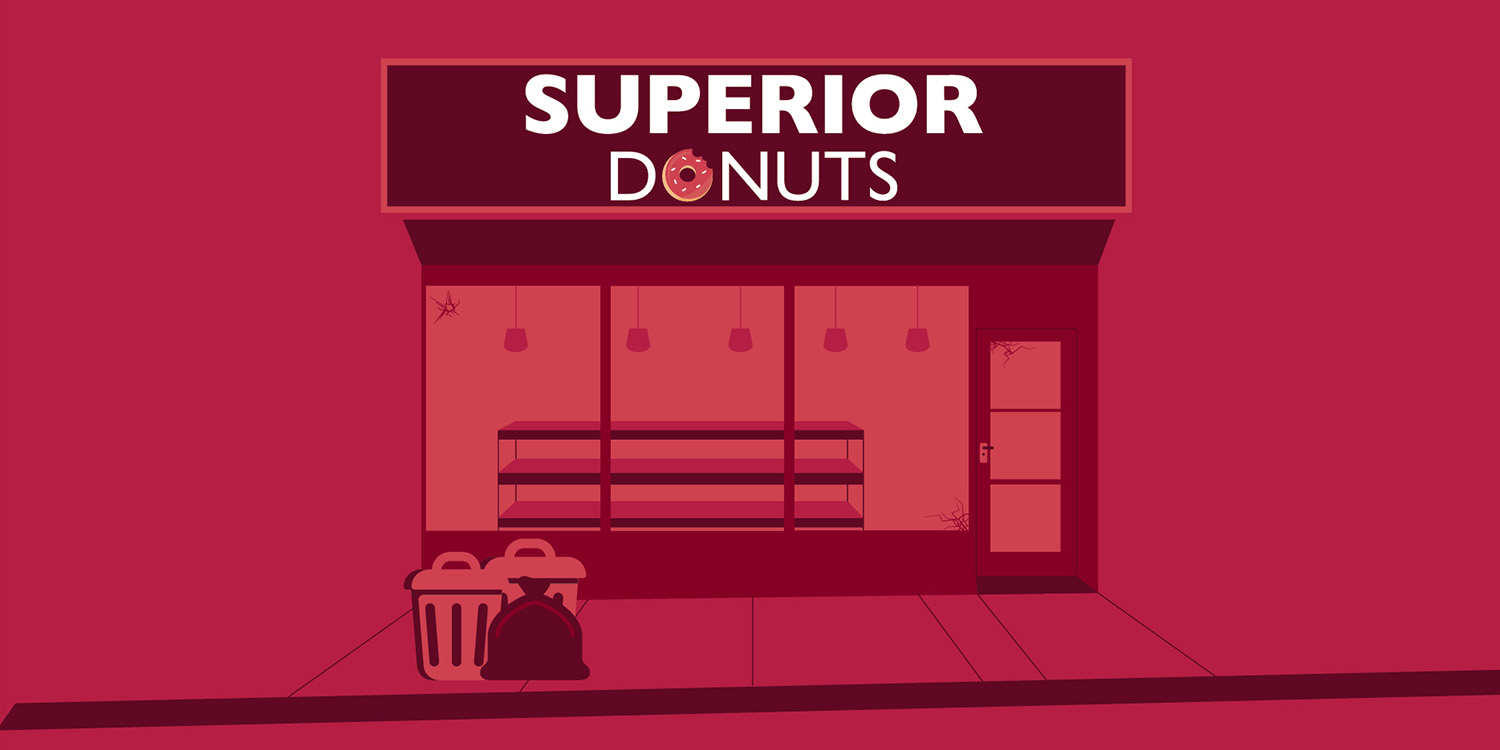 “Superior Donuts” is set in the modern-day Uptown area of Chicago. It depicts the unexpected friendship between Arthur, a down-and-out donut shop owner and Franco, his enthusiastic employee. Franco brings a fresh perspective and wants to update the place, while the reluctant Arthur struggles with changing the shop and changing his ways. A comedy with heart and a bit of grit, Superior Donuts introduces us to a wide range of neighborhood dwellers and unapologetically hits on economic, racial and generational issues.

“This show has been on my mind for over three years,” said Jantzi. “The characters are deeply flawed, complicated, hilarious, tragic and very human. This play reminds the audience that not everyone’s American experience is the American dream.”

Tickets are $5 for students, $10 for adults and seniors, and can be reserved through the Hesston College Bookstore or by phone at 620-327-8105. Tickets may also be purchased on site. Seating is limited and will be socially distanced and masks are required. The show is rated PG-13 for some language.

The cast and crew for “Superior Donuts” are as follows: