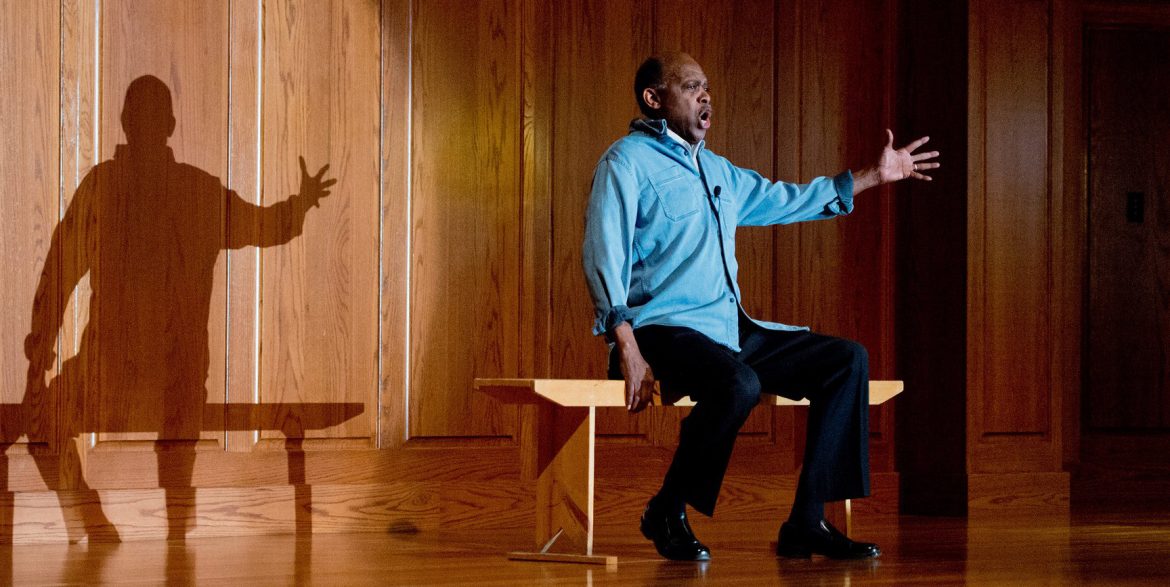 “People are often quick to respond to an act that violates collective peace, but nobody comes just to learn ways that those kinds of situations could be prevented,” mused peace ambassador Tony Brown.

With a recent partnership between Brown’s Peacing It Together Foundation and Hesston College, access to resources that promote peace and social justice will no longer be an excuse for those kinds of educational experiences.

“Over the last few months, we have been exploring a new future for Peacing It Together, and I am proud to announce that the organization will now partner with Hesston College in the work of peace building,” wrote Brown in a December 2019 letter to Peacing It Together supporters.

Brown, an internationally-acclaimed baritone, founded the Peacing It Together Foundation, which served the global community as a resource for peace and social justice, using music and the spoken word to bring people together across the divides of race, culture and religion. In 20 years of travels, Brown saw music transform and heal in countries such as Bosnia, Moldova, Northern Ireland, Uganda, Ethiopia, the Philippines, China, Japan, South Korea, Colombia, Indonesia and more.

“With a long history of being a welcoming place for international students and other diverse groups, Hesston College students naturally bring stories and songs that span divides and help us recognize our common humanity,” said Brown. “With Peacing It Together being part of Hesston College, the institution can extend its unique community and approach to connection with others who also desire a world with more understanding and compassion for all.”

Brown and Hesston College also know each other well, as Brown served full time at Hesston College, his alma mater, from 2000 to 2015 in a variety of roles that met his personal gifts and professional aspirations. He has been artist in residence, sociology faculty member, campus counselor and internal consultant for diversity and inclusion. In 2015, Brown retired from full-time work and moved to his childhood home area of Pittsburgh, Pa., while continuing part-time work for Hesston College. As he coordinates Peacing It Together programming for the college, he will again be serving in a part-time artist in residence role.

Instead of a global focus as Brown had maintained for many years, the first target initiative in the partnership will focus on building relationships and connections locally to Hesston College. A customizable program called Seeing Each Other’s Light will be a space to hear stories and songs that bring more understanding to the diverse people, cultures and faith traditions in which the program is performed. Primarily featuring Hesston College students and Brown, members of the hosting communities will also be invited to share their stories and cultures through music.

The program will also be in partnership with the Wichita non-profit Global Faith in Action. The organization works “to help people of differing ideologies and faith practices focus on commonly held beliefs” through respectful dialogue and learning.

“This new program – Seeing Each Other’s Light – is intended to acknowledge the validity of interfaith groups that are part of the Wichita community and other surrounding communities, and show how we’re all part of something bigger – a larger humanity,” said Brown.

Other Peacing It Together programs have been part of Brown’s ongoing repertoire, including Songs and Stories of Peace, Hope and Justice from Around the World, and I Go On Singing: Paul Robeson’s Life in Word and Song, which is a documentary concert experience on the life of the early civil rights advocate.

“This new future for Peacing It Together is the living out of its vision – connecting across divides,” said Brown. “It’s thrilling to me.”