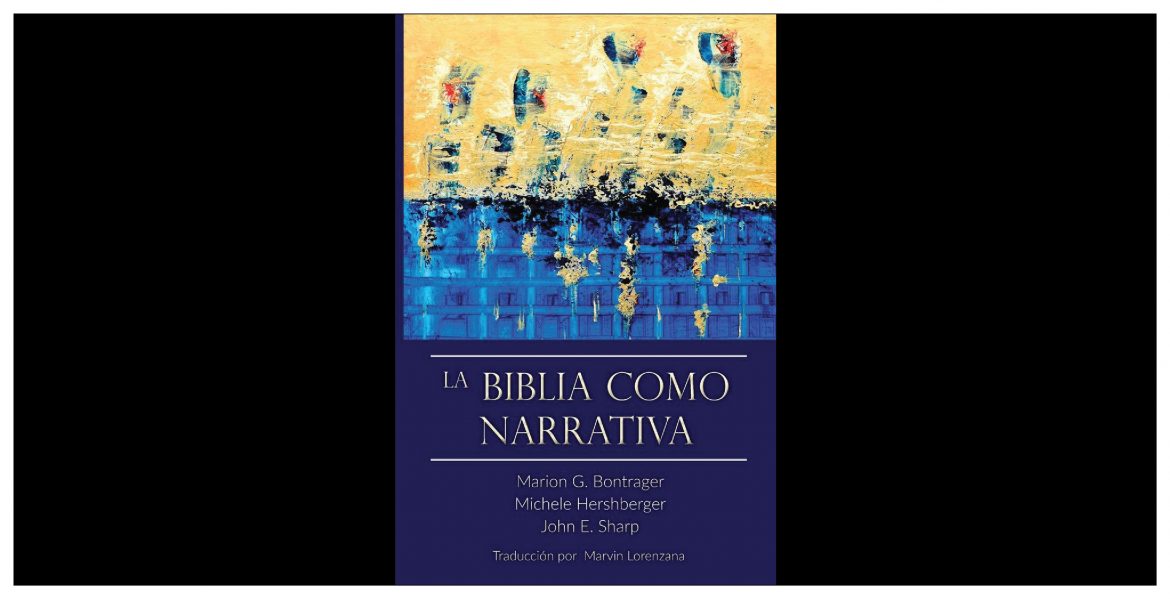 After more than 18 months of work, the book that is the textbook for Hesston College’s famous Biblical Literature (Bib Lit) course and accompanies presentations of the course to church congregations and other groups across the country, was released to the public in Spanish. The Bible as Story: An Introduction to Biblical Literature, or La Biblia Como Narrativa (Workplay Publishing) in its Spanish translation, will allow more audiences to access the biblical teaching from an Anabaptist perspective.

“Latino pastors and congregants who have participated in the Weekend College Bib Lit class have been asking for a Spanish version of The Bible as Story for years,” said Michele Hershberger, Hesston College Bible and ministry professor and co-author of the book. “I have taught the Weekend College course to Latino congregations in South Philadelphia several times, and pastors Fernando Loyola and Leticia Cortes from Centro de Alabanza de Filadelfia really took initiative for this to happen. I’m excited we could finally make it a reality to better serve our Latino brothers and sisters.”

The project was funded by a grant from the Schowalter Foundation based in North Newton, Kan., with translation done primarily by Marvin Lorenzana, who serves as director for Discipleship Initiatives with Mennonite Mission Network. Lorenzana is also involved with Instituto Biblico Anabautista (IBA), a vibrant education movement that has helped shape and form Latino Mennonite Church leaders for 30 years.

The Bible as Story was co-authored by Hershberger along with former Hesston College Bible professors, Marion Bontrager, who is also the founder of the Bib Lit course and curriculum, and John Sharp. The English version of the book was released in 2016 for the course that has been in existence since 1986.

The cover art for La Biblia Como Narrativa, is an original acrylic painting by Luis Martinez called “Emerging People,” and depicts the Israelite slaves coming up out of the waters of the Red Sea. Martinez is a Mennonite pastor who served in churches for many years in the Harrisonburg, Va., area before returning to Honduras to avoid deportation. He is also the father of 2019 Hesston College graduate Mariana Martinez Hernandez, who studied Bible at Hesston College.

“My view of the painting during its creation was about infinite generations of people emerging from an ocean of possibilities, exhausted but alive, standing tall and full of hope,” said Martinez.

Bib Lit in all of its forms – in the classroom and through the Weekend College experience for congregations and other groups – takes a unique approach to teaching the Bible when compared to many other Bible classes. It reveals the Bible as a narrative of God and the people of God rather than a compilation of individual stories, and helps expand biblical literacy and understanding.

“Many Hispanic people don’t have easy access to books oriented for the academy that are easy to read and understandable,” said Martinez. “In fact, many Christian readings are very evangelical-oriented with weak theological, historical or archeological references, lacking of the pragmatic or solid historical view that would mark a sort of compass for the new generation of readers. La Biblia Como Narrativa is a solution to that lack for Latino readers.”

Hesston College professors believe that the Spanish translation will be an important tool for audiences in a variety of locations.

“We’re hoping our Latino students here at Hesston College will also benefit from having this textbook in their first language,” said Hershberger. “I think this Spanish translation opens our students up to deeper understanding of the content.”

Get your copy of La Biblia Como Narrativa.