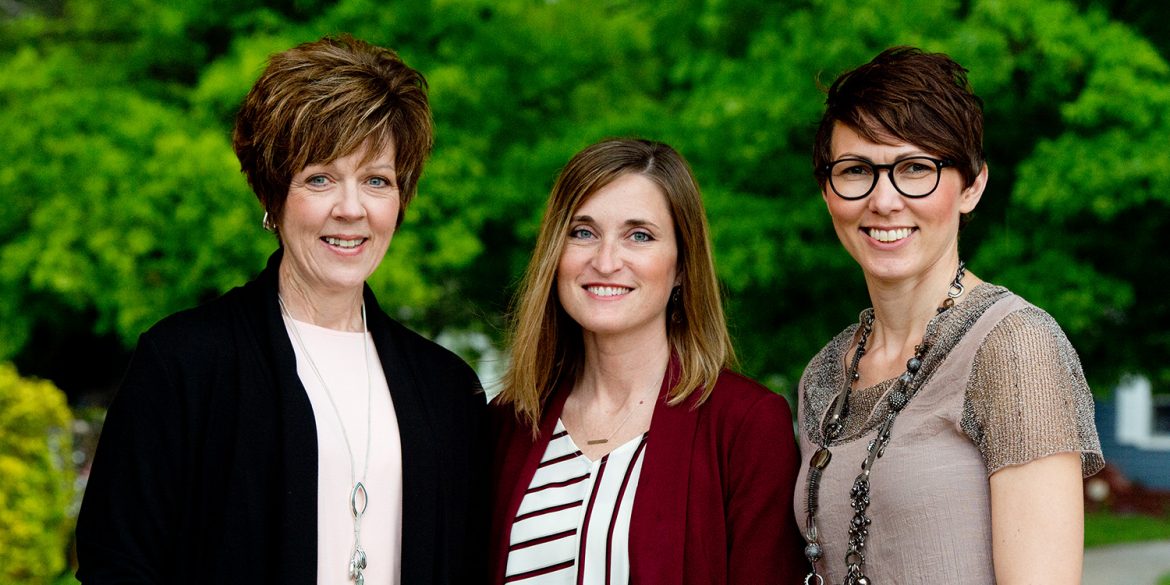 Stepping into the role of Chief Financial Officer and Vice President of Finance is Lisa George. George was most recently a business teacher at Newton (Kan.) High School. She is a Hesston College graduate, and holds a master’s degree in business education.

“Lisa brings real-world business leadership experience and an academic background to this role,” said Manickam. “I have been struck by the energy she brings to the position and the possibilities it holds in supporting and shaping Hesston College’s future.”

George replaces Mark Landes who served in the role for six years. Landes and his wife, DeeDee, will be serving in a year-long assignment with Mennonite Mission Network in Colombia.

Deb Roth has accepted the Vice President of Student Life role. No stranger to Hesston College, Roth has served in a variety of student success roles for 17 years, including education professor and, most recently, Dean of Student Success.

“Deb has championed student success in some form or another on our campus for many years, and I am excited by the strengths and gifts she brings to this role,” said Manickam. “She has extensive worship planning experience at both a congregational and denominational level. Such leadership will be important as we continue to develop the spiritual formation aspect of the student experience. Also, as we shift to increasing the junior and senior class population on our campus, I believe Deb will bring much wisdom to shaping the academic, social and spiritual aspects for those two years.”

Roth is a Hesston College graduate and holds a master’s degree in adult and continuing education. She replaces Juli Winter, who served as Interim Vice President of Student Life for a year, and at Hesston College for four years as dean of students.

“In the two months we have been discerning the future of leadership for the Advancement and Enrollment positions, it has become clear that Rachel has the energy and vision to lead the Advancement team,” said Manickam. “In her eight years in Enrollment, she has proven to be a creative leader with an excitement for new ideas and energy and energizing her team. I look forward to what she will bring to Advancement and working with a different constituency with similar goals.”

She is a Hesston College graduate and holds a Ph.D. in leadership with an emphasis in higher education administration.

A search will be launched for a new Vice President of Enrollment, which Swartzendruber Miller will continue to fill in the interim.