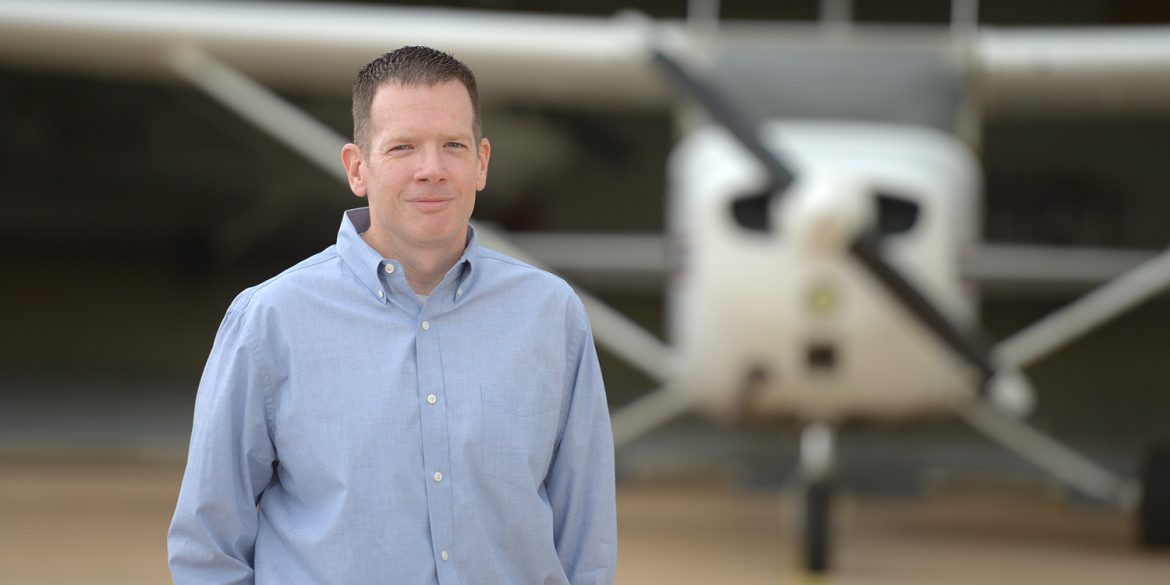 Hesston College Vice President of Academics, Brent Yoder, has announced Mike Baker, Andover, Kan., as the new director of aviation. His first day will be July 9.

“Mike has extensive experience as a pilot, instructor and inspector within the aviation industry, and his experience and connections will serve the department well as we prepare to launch a bachelor’s degree program in aviation,” wrote Yoder in an email to campus announcing Baker’s hire.

Baker succeeds Dan Miller who served as director of aviation from 1999 until his unexpected death in April 2017.

A 1993 graduate of Hesston’s aviation program, Baker assumes his new role as the college is working toward expanding the program to a four-year bachelor’s degree program by fall 2019.

“The Director of Aviation position at Hesston College is truly the culmination of my professional and academic ventures,” said Baker. “This role provides an invaluable opportunity to facilitate student growth and development from both a theoretical and empirical perspective through the dissemination of substantive, engaging and encouraging instruction. Integral to this growth is the creation of an environment that not only challenges and solidifies each student’s aviation knowledge and expertise, but also collectively encourages each individual through their own spiritual journey. As a Hesston College graduate, it is a great blessing and privilege to be able to serve in this capacity.”