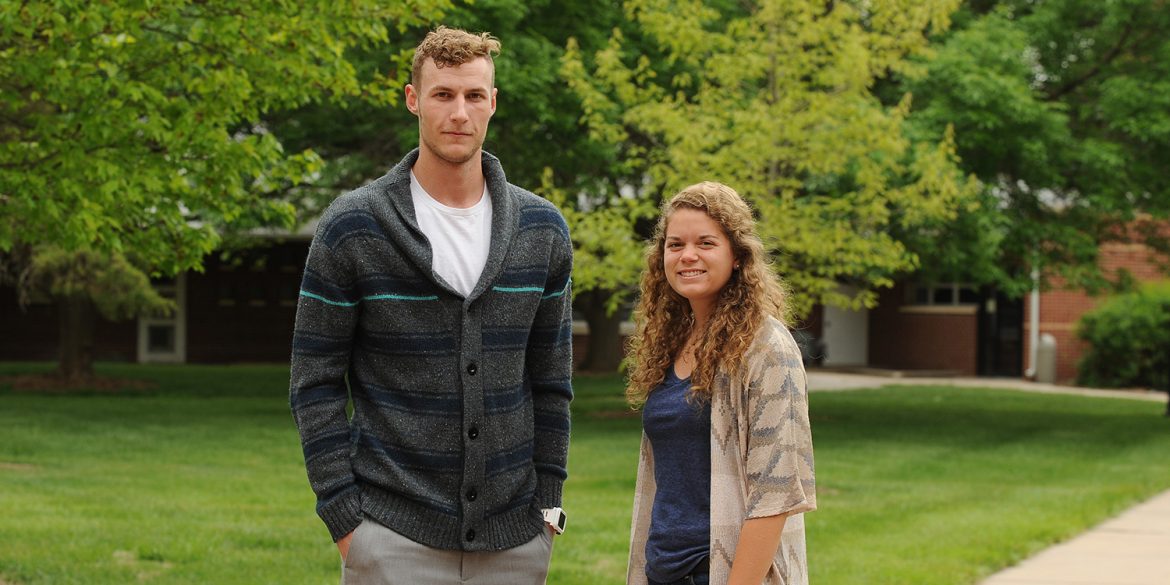 Swartzendruber, Shickley, Neb., a two-time all-region player and Hesston Volleyball’s all-time leader in digs, was a huge contributor the last two seasons in which the Larks won 21 games each year.

“Playing volleyball at Hesston has allowed me to connect with people and broaden my friend circle,” Swartzendruber said. “Seeing how the community and the students came to support us was amazing. We had amazing team chemistry this year and I’m going to miss all the great times we had.”

Hansen, Effingham, Kan., was twice awarded the team’s Defensive Player of the Year. He contributed over 450 points and 300 rebounds in his career.

“Throughout my two years here I’ve been put in situations that have set me up for success,” Hansen said. “I’ve learned a good work ethic in the classroom and have a have a strong base to work from. The most important take away for me has been the family that I made with my teammates and also the friends I’ve made off the court.”

“Christy had a huge impact on our team on and off the court,” said coach DeeDee Landes. “She is well respected by her teammates and peers and is the epitome of a fantastic Hesston College student athlete.”

“Jake is a winner on and off the floor,” said Hesston coach Dustin Galyon. “He’s played a vital role in elevating our program. Jake was a captain this year and was a big part of our run to the national tournament as a freshman. More importantly, Jake is a phenomenal representative of our program and college. He is a selfless leader who has impacted many on our campus.”