Gerry Sieber to be inducted into NJCAA Soccer Hall of Fame 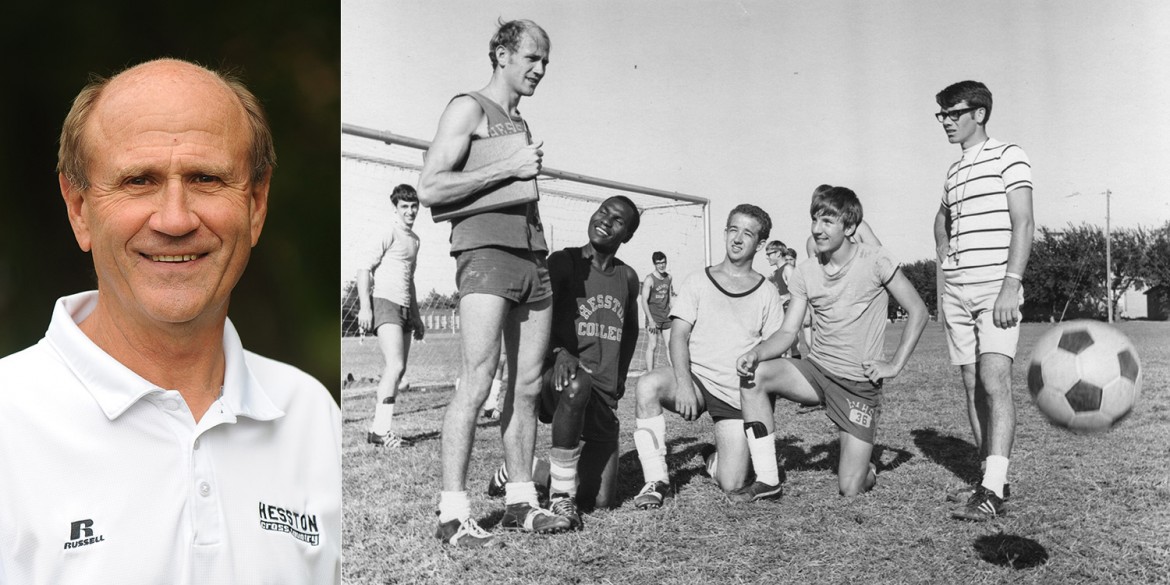 Former Hesston College men’s soccer coach Gerry Sieber will soon enter elite company, as the longtime mentor of the Larks’ winningest program is set to enter the NJCAA Hall of Fame during the NJCAA Division I Soccer Banquet, Sunday, Nov. 15 in Martinsville, Virginia. Sieber joins 91 other coaches, contributors and players already named to the NJCAA Soccer Hall of Fame.

Sieber coached the Hesston men’s program for 23 years, reaching double digit wins in 17 seasons while compiling a staggering 247 wins and leading the Larks to twelve Region VI titles. Sieber coached twenty-two NJCAA All-Americans and was named Coach of The Year eight times. His 1972 team advanced to the NJCAA National Tournament and his 1979 squad (pictured below) finished 16-1-1.

“It’s a pretty significant honor,” Sieber said. “It’s exciting. It’s rewarding. It’s humbling. It’s totally unexpected. I’d figured everything in my soccer career was in my past. I’m most appreciative of it.”

Despite the many on-the-field accolades, Sieber’s fondest memories of his time leading the program were centered around the relationships formed with the many players, coaches, faculty and staff members, and friends that he interacted with.

“Hesston College has had a tremendous positive influence on my life,” Sieber said. “I was humbled by the responsibility to mentor, nurture and help shape young lives; and to be mentored, shaped, nurtured and empowered in this special community that I was privileged to be a part of.”

During an on-campus celebration held Nov. 11, several long-time colleagues representing many departments spoke of Sieber’s many contributions to the campus and the care he gave to his players. Nearly all conversation in the event had little or nothing to do with soccer. For Sieber, the Hesston Experience was, and remains, a shared one. It’s about the intimate life-changing experiences and intertwining interactions between students, faculty and staff.

“It remains very exciting for me to feel strong connections with the large family that is the extended Hesston College community, Sieber added. “The tie that binds is strong and empowering.”

Sieber helped to relaunch the Hesston College cross country men’s and women’s programs in 2010 and continues to coach the programs today.