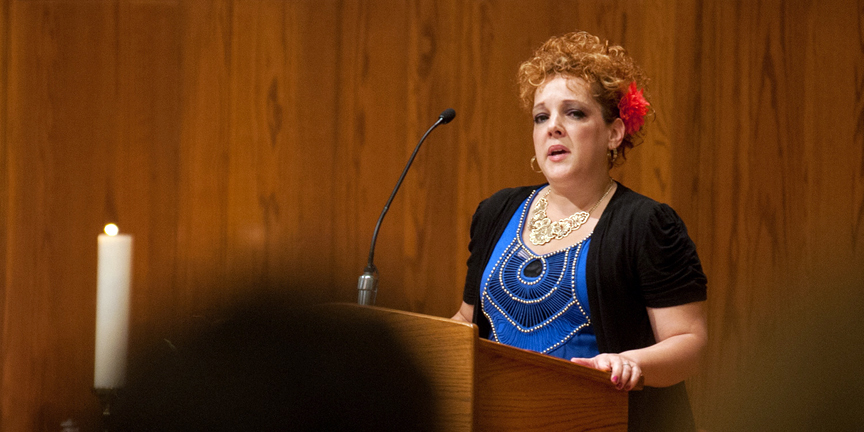 Annually, each participating KHA member hospital nominates one employee who has made significant contributions to the betterment of their hospital by routinely going above and beyond the call of duty.

Due to her nomination for the award by Wesley Medical Center, Harrelson attended the KHA Convention held September 10-11, 2015, and while there learned of her selection as one of two Kansas Hospital Association’s Healthcare Worker of the Year Awards, receiving a trophy and a cash award of $500.

The award is well-deserved recognition for Harrelson who persevered to pursue higher education, overcoming the challenges of an undiagnosed learning disability. When she was applying for college, she suffered rejection after rejection from college after college but kept praying that God would show her the way forward, which he did with an introduction to students and alums from Hesston College.

“I was working at Wesley Medical Center and had the opportunity to work with Hesston students in clinical, and there are also some Hesston grads who work there. I asked everyone what they thought of the school they went to, and Hesston was the only school that everyone I asked said how awesome their education was. I kept hearing about the teachers and how supportive they were. Many people said, ‘Lisa, you would love Hesston because they will go the extra mile to help students learn.’ “

In addition to the KHA award for her award-winning, compassionate nursing, Harrelson was lauded in 2014 for on-the-job creativity with the founding of her unit’s “Because We Care” cart, which helps comfort patients and their families going through difficult times.

To learn more about Lisa Harrelson’s experience as a student at Hesston College.

To learn more about the nursing program at Hesston College.