Al Yoder retires after 25 years as a Hesston College professor 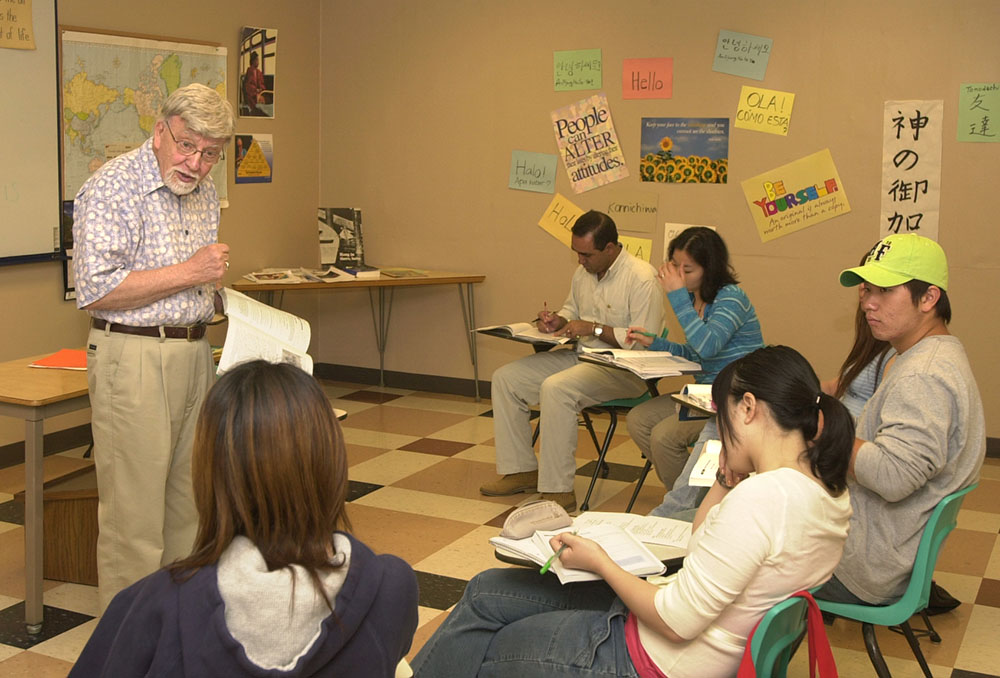 The end of spring semester will mark the close of 54 years in education for Hesston College professor Al Yoder.

With his retirement, Yoder concludes 25 years at the college, in assignments that included teaching education and English as a second language courses. In Yoder’s estimation, his Hesston years have been his happiest. “I’ve enjoyed fellowshipping with and learning from colleagues and students.”

As a Hesston College student in 1947-48, Yoder said, “I got the bug for education, particularly from Melva Kauffman, who taught teacher education at the time.

“Even though I went on to be an administrator at a big school system in Denver and also developed curriculum and innovative teaching techniques at a university, I missed teaching,” Yoder said. “And like a big magnet pulling me, I wanted to come to Hesston College to teach.”

In 1974, he took a step in that direction, when he and his wife Irene moved to Hesston. Yoder served as an administrator at Hesston Public Schools, while she continued her teaching career as a middle school English teacher in the school system.

Then in 1980, Yoder began as a teacher education instructor at Hesston College. “Teaching is my passion, so these 25 years have been wonderful and the most fulfilling,” he explained. “It’s not been like work; it’s been fun. “

Since 1990, Yoder has focused his “fun” on teaching English as a second language to international students at Hesston College. “I love the cultural interaction with the students and the excitement with which they learn,” he said. “A genuine respect and rapport develops between us. And hardly a day goes by without a student stopping and saying ‘thanks.'”

Academic Dean Marc Yoder said Yoder “has been a major part of the warmth, joy, excitement, and academic strength of Hesston College. He may be leaving his faculty position, but his impact will continue to be felt for many years to come. His passion for teaching has rubbed off on us, and his interactions with us have inspired us to grow.”

Yoder said he and his wife are exploring several service possibilities, such as teaching English short-term overseas. He has also had discussions with Schowalter Villa about starting an educational program for residents. “I know I’ll want to keep active and busy,” he said.

The Yoders have one adult daughter and two grandchildren. They are members of Hesston Mennonite Church.