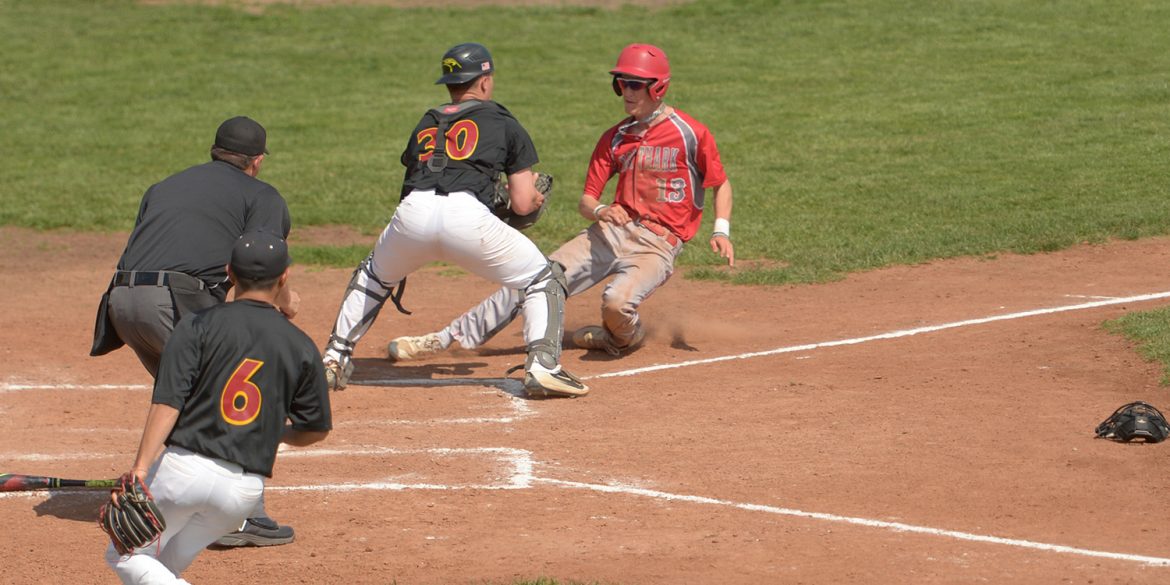 The Lark baseball season drew to a close on Sunday with a double-header at home against North Arkansas Community College. The Larks dropped game one to the Pioneers 2-1 and rallied to take the second game 4-1. On the day, the Larks celebrated their sophomores as Coach Tim Cole wrapped up his first year in charge of the program. The Larks end the year 12-23.

“Though we wish we were still playing, our culture is heading in the right direction,” said Cole.

Game one did not see too much offense. The Pioneers scored in the top of the second and the top of the fifth to take a 2-0 lead. The Larks got one back in the fifth but could not get another one around to even things up.

Game two saw some great defense by the Larks. Both the second and third innings ended for the Pioneers with excellent double plays by the Larks. Inning two saw a line out to center field and Grant Bloyer threw a laser to home as a Pioneer tried to score from third. Caleb Stull stood strong in front of the plate to record the out and keep a run from coming across.

The Larks got some production with two outs in the bottom of the third. Nicholas Platten started things off with a triple to right field. After fighting off some pitches on a full count, Caleb Stull advanced to second on a hard hit ball to the shortstop that he could not handle, scoring Platten. Noah Roberts recorded a hit to left field scoring Stull and the Larks ended the inning up 2-0.

The Larks added another run in the fourth. Each team put up a tally in the fifth and that’s where the game ended, 4-1. Nariki Fujimura got the win from the mound for the Larks.

“I am proud of our young men and all the hard work that they dedicated to the baseball program and to Hesston College this year,” said Cole. “It was great to send off our sophomores with a win and a well-played game to end our season. They have helped lay down the foundation of our culture and I will always be grateful for the relationships I have with each of them.”