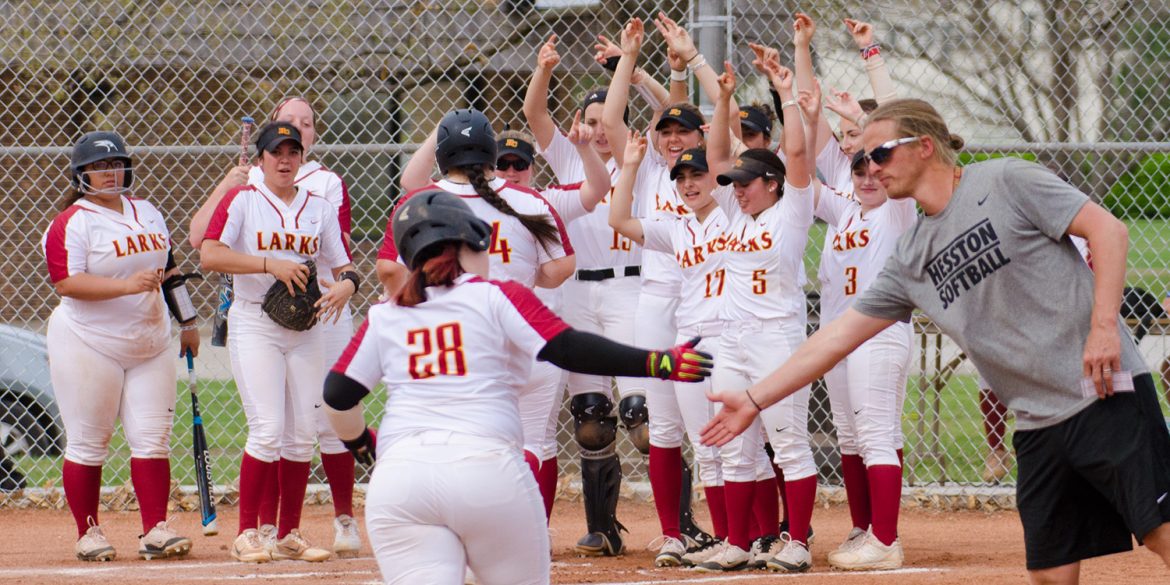 Hesston College softball has been quietly putting together a pretty nice season. Their continued excellence was on display yesterday as they beat Labette Community College 5-0 and 10-4 in a home doubleheader. The Larks have won 11 straight games and 19 of 22 dating back to March 18. They now sit at 22-11 overall and 9-5 in the Kansas Jayhawk Community College Conference (KJCCC), tied with Labette for fifth out of 11 Division II schools.

Game one was all about the 1st inning for the Larks. The bats quickly came alive in the bottom of the inning as Jessie Miranda singled and scored on a Lexi Avalos single. Sadie Leatherman stepped up to the plate, fouled off the first pitch and then sent the second pitch yard for a 2-run homer. Amy Bretado reached base on a Cardinal error and Paige Bittle took full advantage on the next at bat. Bittle hit the second 2-run shot of the inning to give the Larks all five runs they would need to win the game.

Current KJCCC ‘pitcher of the week’ pitched another fantastic complete game. She allowed just one hit and had 4 strikeouts.

Miranda had three hits, drove in one and scored twice. Anyssa Aguilar had two hits, scored twice while driving in one. Avalos also recorded two hits with three RBIs and one run. Bretado and Bittle both hit home runs, giving the Larks four total on the day.

The Larks will travel to Coffeyville on Saturday, April 13, then host Sterling College JV on Tuesday, April 16.