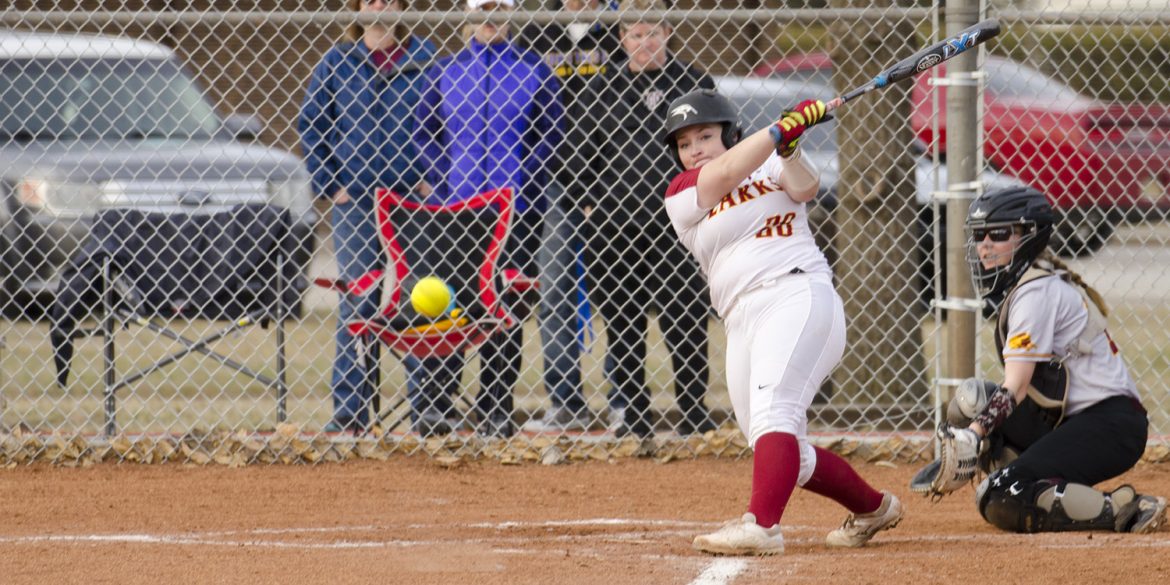 Chelsea Smith threw a no-hitter with seven strikeouts in game 1 to earn the win, 12-3.

Consistency was the theme for the first 4 innings. Each inning the Larks had three runners cross the plate. Kaylen Lassley, Adrianna Ruiz, Lexi Avalos and Paige Bittle each recorded multiple hits. Jessie Miranda had two-RBIs to lead the lineup.

Zero errors on the defensive side of the game were highlighted by great defense by Sadie Leatherman who saw seven chances at her position.

Game two took a bit more work as the Larks squeaked out the victory in an extra inning, winning 8-7 in the 8th. A big 4th inning saw the Larks take a 6-1 lead. Allen got two back in the 5th and took the lead in the 6th. Amy Bretado homered and Lassley and Miranda each had three hits to lead the Larks in the game. Bretado threw four and two thirds innings, giving up five hits and three runs. Smith returned in relief, earning the win over three and a third innings with four hits and four runs.

The Larks move to 7-8 on the season and 2-0 in the KJCCC. They take on Cloud County Community College Friday March 22 in Hesston at 4 p.m. and then host Kansas State University Club team on Sunday at 2 p.m.