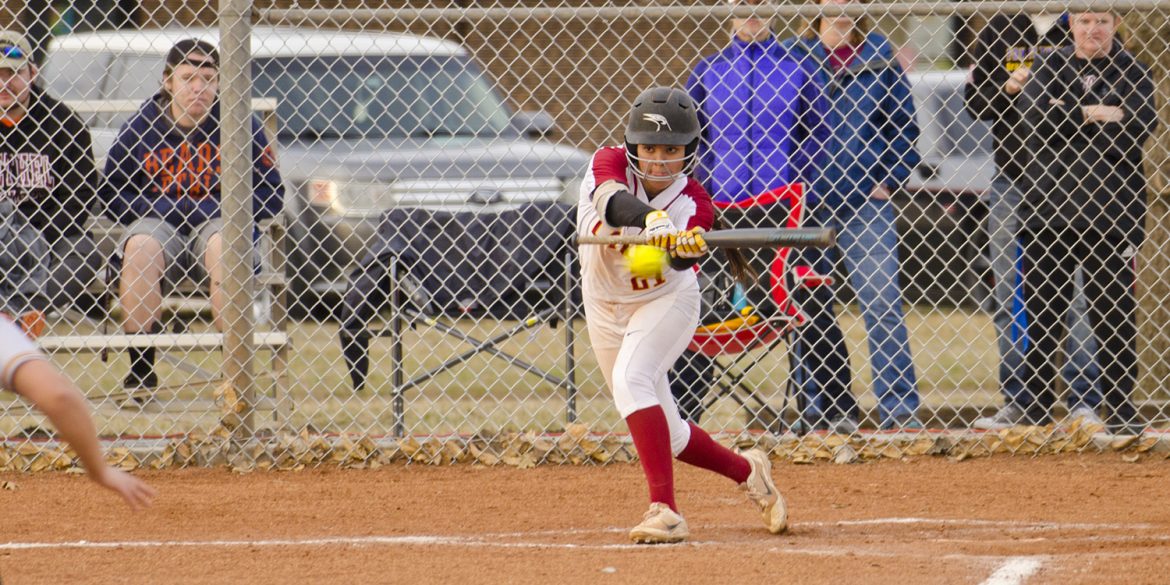 Hesston College softball had played only two games in a month as weather kept the Larks off the field. Yesterday they rang in the post-spring break stretch with two wins at home against Bethel College JV, 6-1 and 5-3.

Game one saw Chelsea Smith on the mound for the Larks. Chelsea started the game well, striking out four of the first five batters faced and finishing the day with eight Ks.

The bottom of the first inning saw just as much production from the offense. The top of the order – Jessie Miranda, Kaylen Lassley, Lexi Avalos and Sadie Leatherman – all reached base to start the inning. Lassley drove in one with her double to right field while Avalos scored Lassley with an infield single.

Bethel attempted get back in the game in the top of the third with a solo home run. The Larks would not be out done. In the bottom of the 4th, Adrianna Ruiz hit a solo shot to restart the offense. The next two batters, Jenna Garcia and Miranda both singled bringing Lassley to the plate. Her three run bomb to right field put the Larks up 6-1.

Smith pitched the complete game win, striking out eight and giving up one run.

In game two it took a little while for the Larks to get started. Bethel took a 1-0 lead in the top of the second. The Larks were patient batters in the bottom half of the inning. After the first out, three consecutive Larks – Anyssa Aguilar, Jenna Schneider and Cassidy King – reached reached base on walks. A fielder’s choice gave Bethel their second out, but Miranda stepped to the plate and patiently walked, earning an RBI and bringing home the tying run, 1-1. Lassley hit an infield single to score a run and give the Larks their first lead of the game, 2-1.

Hesston extended their lead to 3-1 in the third on a King RBI that scored Aguilar. The top of the 4th made things interesting for the Larks as Bethel got two back and evened the game at three.

The Larks sealed the game in the bottom of the 4th. A Lassley sacrifice advanced Miranda to 2nd and Maleah Sandy to 3rd. Avalos hit a grounder to the outfield, scoring two.

Lassley had 5 RBIs on 3 hits on the day and Avalos added 3 RBIs.