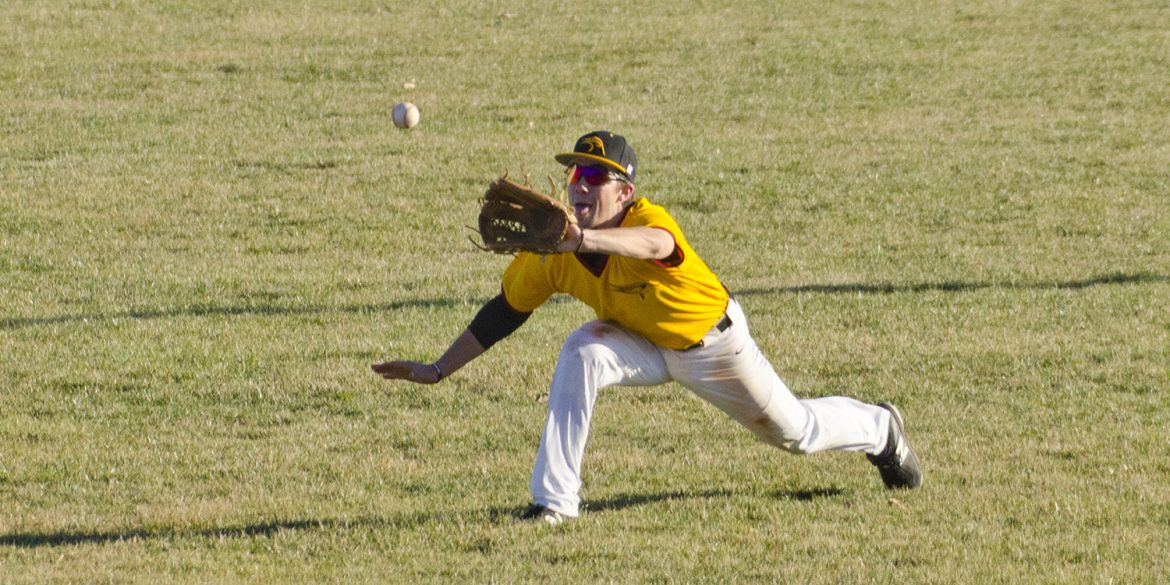 Hesston College baseball earned a victory on a single game against York College JV at Oswald Field on Wednesday night. The Larks defeated the Panthers 8-1 in the nine inning affair.

The Larks started off right, scoring four in the bottom of the 2nd inning. They added two in both the 4th and 7th innings. From the mound it was a team effort as Dane Milburn went two innings and had 4Ks. Connor Leach went one with 2Ks, Quinn Goettel went one with 2Ks and Kalen Haynes rounded out the 9th with three Ks to seal the victory.

“It was a great day for our guys on the mound,” said head coach Tim Cole.

Caleb Stull went 4-4 including a double and three RBIs. Nariki Fujimura went 3-5 and drove in two. Ryusei Hando also had two RBI on his 2-4 night at the plate.

“It was good to see our guys put multiple hits together,” said Cole, “getting 8 runs on the board and giving our offense a boost.

“I am proud of our team,” continued Cole. “They are continuing to learn the value of servant leadership and a better understanding of what it means to be a committed to each other as a team.”

The Larks are back in action at Southwestern Iowa Community College for two days of double headers on Friday and Saturday, March 22-23.