Six to join Lark men’s soccer in the fall 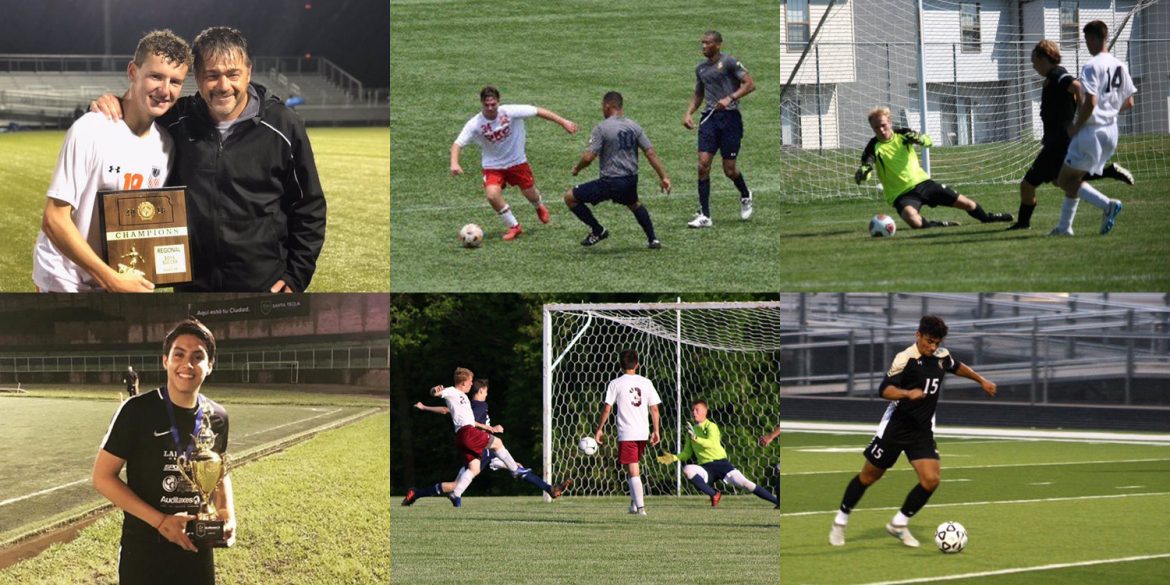 Tanner Anderson is a center back from Shawnee, Kansas. He helped hold down the back line on a Shawnee Mission Northwest High School team that were 6A regional champions. “Tanner brings intelligence and an understanding of how to work hard with a winning mentality,” said Head Coach Matt Gerlach. Anders plans to major in aerospace engineering and aviation.

Jacob Boller hails from Kalona, Iowa. He has great connections with Hesston College, a place where several of his family members have attended in the past. “Jacob brings intensity and ‘punches above his weight’,” said Gerlach. Boller will play out wide and bring a dynamic and hard-nosed work-rate to the attack. He will attend Hesston College as a presidential scholar from Iowa Mennonite School and plans to majoring in youth ministry.

Tyler Britt is another intelligent soccer player who plays along the back line. “As a coach’s son, Tyler understands the game very well and will be helpful in our desire to successfully carry out any game plan,” Gerlach said. Britt will graduate from Westmoore High School in Oklahoma City. He plans to major in sports management.

Mauricio Cruz arrived on campus for the spring semester for the Larks. Cruz is from Condado Santa Rosa, El Salvador, and is majoring in business. “Mauricio has been a joy to have arrive early as he has acclimated instantly with the team and is a unifier for his teammates,” said Gerlach. Mauricio will compete for a starting spot along the backline as a center back.

Spencer Steinhoff captained his team to the Kansas High School Athletic Association State Finals at Maize South High School. Steinhoff played multiple positions for his high school team, but will suit up for the Larks primarily as a midfielder. “Spencer is committed to what the team is about and wants to help grow this program,” said Gerlach. “I love his game mentality and team-first attitude.” Steinhoff plans to major in secondary education.

Tanner Unruh is a goalkeeper from Washington, Illinois. He has connections with Hesston College with both of his parents and other relatives having attended. “Tanner brings a great desire to do things the right way,” said Gerlach. “His hard work on the field and in the classroom will be contagious.” Tanner plans to major in engineering and has earned a presidential scholarship.