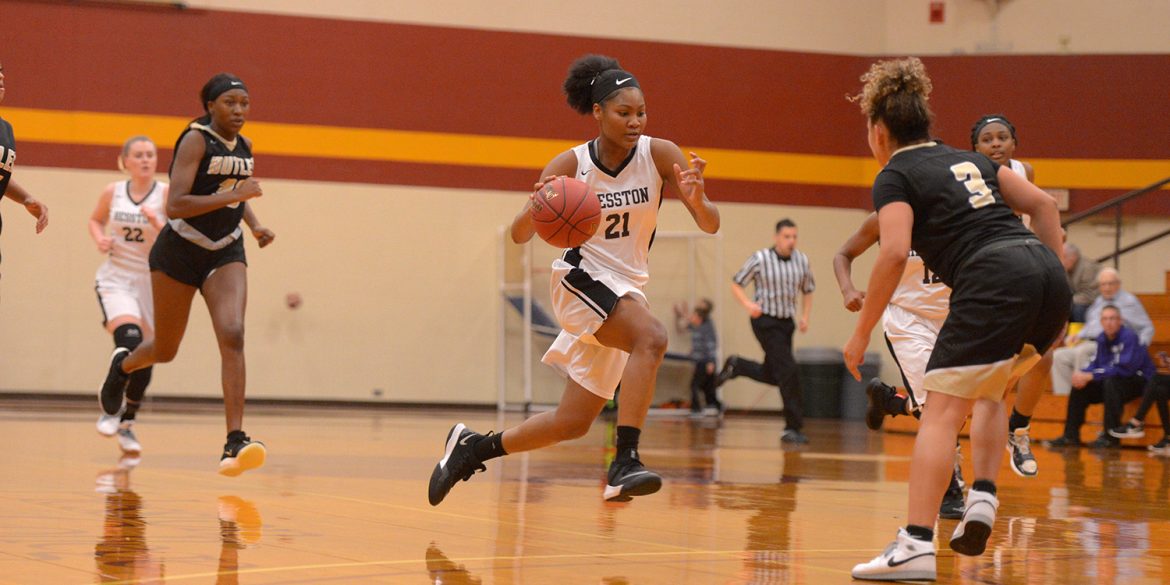 Lark women’s basketball finished its home schedule with a game against #9 Johnson County on Wednesday. Hesston lost 88-40 in what would be their last game in the original Yost Center. With renovations and additions to campus athletic facilities in progress, Wednesday night officially brought to end time in Yost Center in its original form.

The sophomores who played their last home game were recognized after the game for their contributions to the program. KaDrea Hulett, Denazia Jeffers, Millaya Bray, Essence Tolson and Lindsay Manwell each played a role on this Lark team and were celebrated for their quality effort.

Bray, Jeffers and Tolson lead the Kansas Jayhawk Community College Conference (KJCCC) in minutes played. Tolson added 14 rebounds to her domination in that category at Hesston College. She should end her Lark career as career, season and individual game leader in rebounds and currently leads the KJCCC in rebounds per game with 13.3. Tolson is also a KJCCC leader in steals per game (3rd/2), blocks per game (2nd/1.4). Bray and Tolson also are in the top 10 in scoring in the conference, both averaging 13.3 PPG.

The Larks will end the regular season at Labette Community College on Saturday. Tipoff is scheduled for 2 p.m. KJCCC playoffs begin next week.