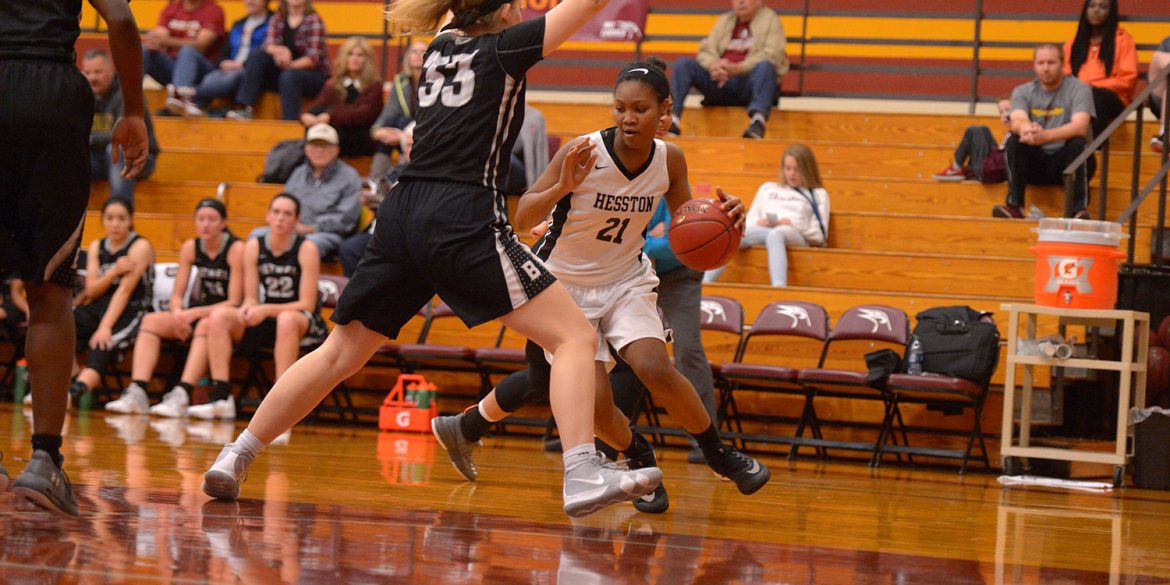 Head Coach Jeff Jacobs took the Hesston College Women’s basketball team back to his old stomping grounds in California for a pre-Christmas tournament. The Larks came away 2-0, defeating Simpson University JV 55-52 and College of the Redwoods 64-57.

In game one sophomore forwards Essence Tolson and Millaya Bray led the way for the Larks with 19 and 11 points respectively. Freshman guard Parris Rawls added 9.

Game two against the Corsairs was a team affair with all nine players scoring for the Larks. Bray led the way with 19 while sophomore Denazia Jeffers contributed six. On the boards, Tolson was a major force. She tied a single game Hesston College rebound record with 28.

“We played our best game of the season,” said Jacobs. “I was excited that all 9 players contributed to help the team get the win”

The Larks will have some time to rest over the winter break. They return to action Wednesday, January 16, when they host Metropolitan CC-Penn Valley at 6 p.m. They will then take on Bethel College JV on Friday, January 18, at 6 p.m. before going on the road at Western Oklahoma State College on Saturday, January 19.