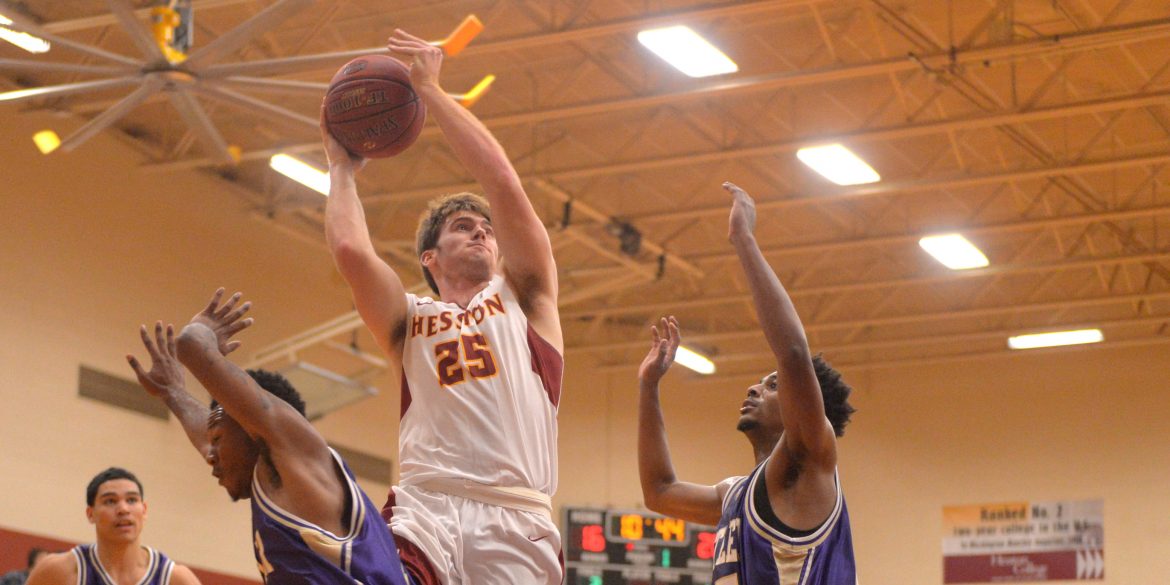 Hesston College men’s basketball got back to .500 on the season after picking up an 80-70 home win Monday night against McPherson College JV. After their best complete game of the year on Saturday, the Larks came in against the Bulldogs with plenty of momentum.

“It was a trap game for our guys coming off a huge weekend and an emotional big win on Saturday,” said Head Coach Dustin Galyon. “It can be really difficult to get guys focused and going after a weekend like that with a short turn-around, but we made enough plays on the defensive end and got stops down the stretch.”

The Larks commanded the game around the rim. They were aggressive around in both the attack and on the boards. Outscoring the Bulldogs 38-22 in the paint, out rebounding them 40-23 and going strong to the hoop, Hesston College earned 29 free throws, converting 25 of them.

Grant Harding lead the team with 21 points, Cal Hartley had 16, Danny Bradley, Jr., had 14, and off the bench Jacob Baker added 10. Bradley (9) and Harding led the team on the boards.

The Larks will step back onto the court Saturday, December 8, against Central Christian College JV in Yost Center.