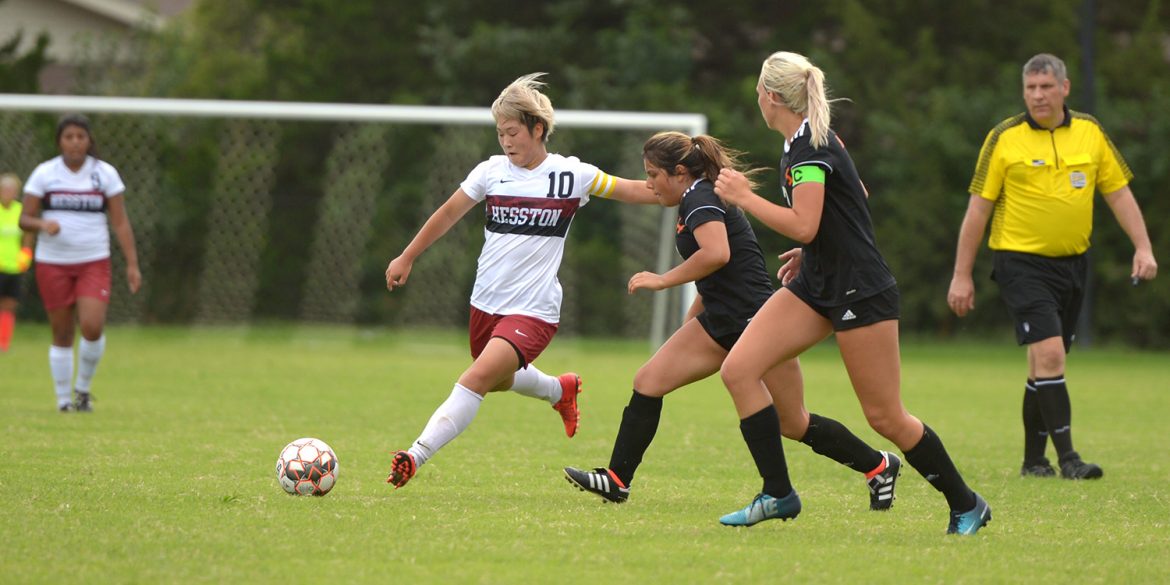 Japanese soccer standout Miya Gonda was awarded with a Kansas Jayhawk Community College Conference (KJCCC) 2018 All Conference Soccer Women’s Western Division First Team selection. Due to Hesston College joining the Jayhawk at the beginning of the 2018 school year, Miya joins several volleyball players at Hesston College as the first class of student-athletes in history to make a KJCCC all-conference team.

Miya led the attack for the Larks for the past two years. This season, she played primarily as an attacking midfielder or forward where she scored four goals and had three assists.

“Miya is a hard working player who is always practicing and improving her skill” said Head Coach Bryan Kehr. “She deserves this recognition by the Jayhawk Conference coaches”.

Hesston College competes in Region VI of the National Junior College Athletic Association. The Larks have 14 athletic programs. The Larks will join and compete in the Kansas Jayhawk Community College Conference starting with the 2018-19 school year.