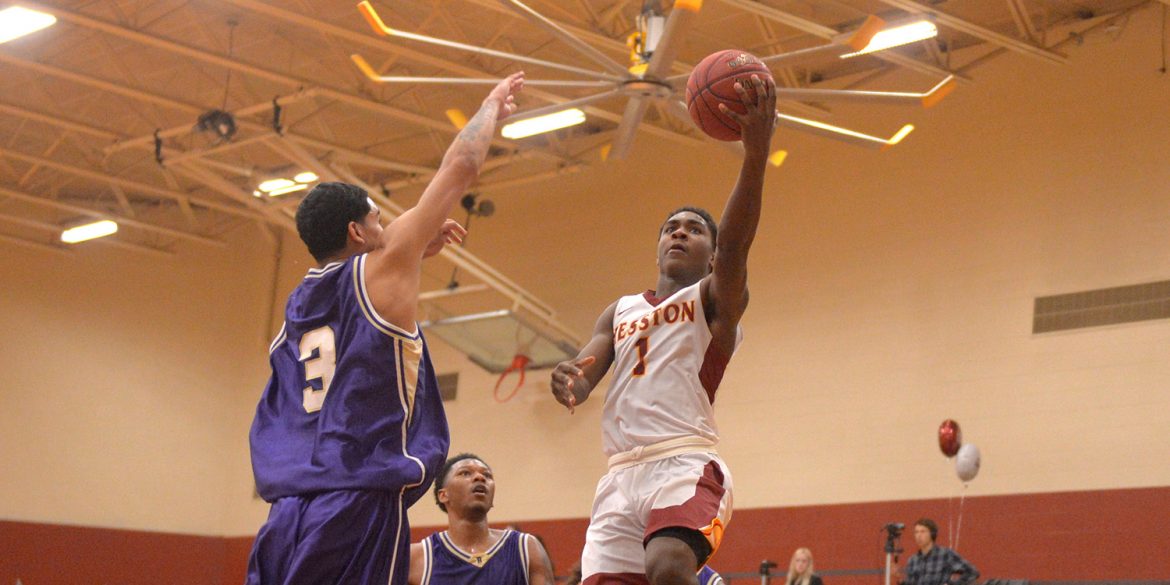 Playing their most compete game of the season so far, Hesston College defeated North Central Missouri College 92-86 in their second game of the Labette Community College Tournament. Great defense and a unified team effort spurred the Larks on for the win.

The first half was defined by a focused defensive mindset. The Larks held the Pirates to just 33 points in the opening 20 minutes. This was a direct reflection of the determination and unity that Hesston College chose to play with.

“Without question, it was our best defensive effort of the season,” said Head Coach Dustin Galyon.

The Larks took a 44-33 lead into halftime, a margin too great for the Pirates to overcome in the second half.

In the second half, the Larks got into some foul trouble. However, they were able to pull together down the stretch to close out the game, making some critical free throws in the waning minutes.

“We had an incredible effort against a very talented, big and deep NCMC team on Saturday,” said Galyon. “Our guys committed to the game plan for 40 minutes and it was exciting to see our group come together.”

Leading the way for the Larks was Danny Bradley, Jr., with 24 points with 5 assists and 4 rebounds. Also scoring in double digits were Cal Hartley (20) and Grand Harding (19). Derrick Magiya added 9 points and 4 rebounds while Braden Handcock added 7 points.

“I wasn’t surprised at the end result,” said Galyon, “rather happy that our guys bought in and were committed to one another for 40 minutes”.

The Larks will play at home Saturday, December 8, at 3 p.m., their last contest before winter break. They will resume with Next Level Prep Academy at home on Wednesday, January 16 at 8 p.m.