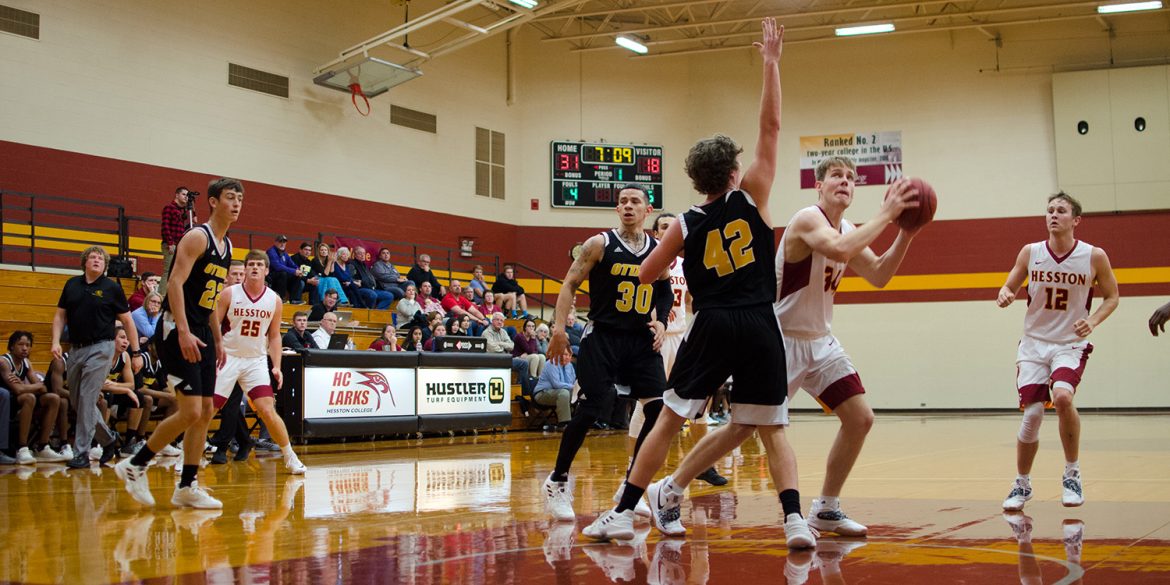 Hoops are back at Hesston College for the 2018-19 season. The men’s basketball team tipped off last night at home against Ottawa University JV. They secured the 93-73 victory to start the season 1-0.

The Larks started off quick, going up 8-0 in the first 1:11 with Grant Harding getting the scoring started with a short jumper. Cal Hartley hit a three, followed by Harding’s three, and Hesston never looked back. The Larks went on good spurts out scoring the Braves of Ottawa and pushing the lead to 13 at halftime, 43-30. “We had good periods of time,” said Head Coach Dustin Galyon.

Four Larks were in double digits. Starters Hartley (22) and Harding (20) lead the Larks with Danny Bradle1y, Jr., (14) and Sterling Hicks (14) came off the bench to add to the scoring. Freshman Derrick Magiya added 9 points and led the Hesston with 9 rebounds.

“We have really only had most of our guys healthy for two days” said Head Coach Dustin Galyon. “It is good to get off to a good start. We have plenty to build on but I was excited with the scoring spurts we went on.”

The Larks will be back on the court tonight, November 2 at 8 p.m. against Bethel College JV.