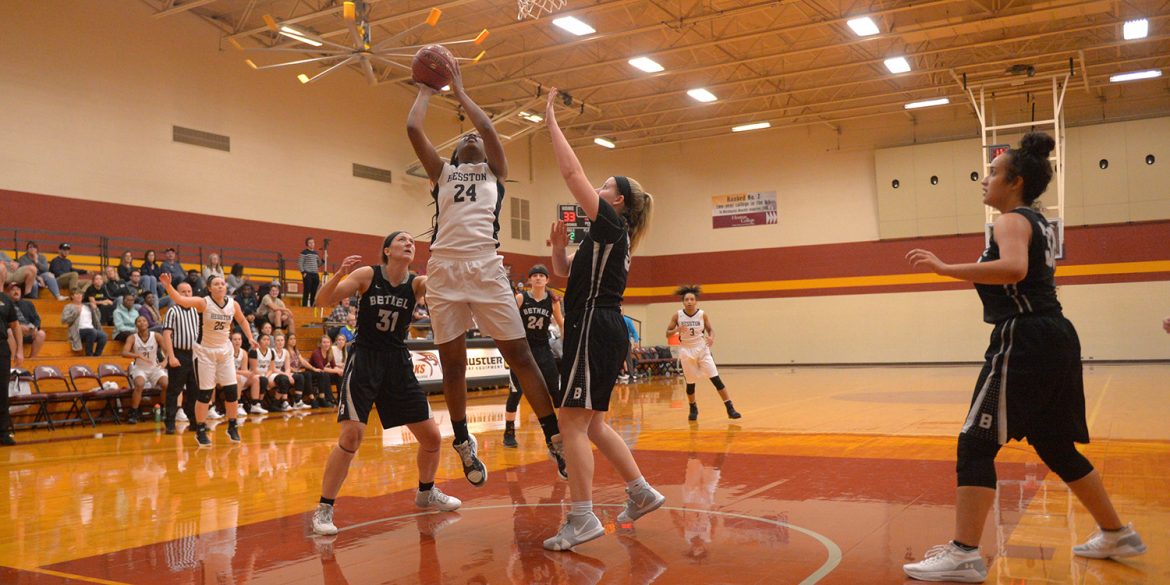 The Lark women’s basketball team overcame a slow first quarter to defeat Bethel College JV 73-68 Friday night and start the season 1-0. Opening the season scoring for Hesston College was Millaya Bray hitting a short shot putting the Larks up 2-0. Bray scored again before Bethel and Hesston each hit threes giving the Larks a 7-3 lead. The Threshers then went on a 9-0 run, putting them up 12-7. Bethel held the lead through the end of the quarter.

Denazia Jeffers and Essence Tolson took over for the Larks in the second quarter. Jeffers had seven points, two steals and an offensive rebound. Tolson contributed with five points, five rebounds and a block. This shift in momentum allowed the Larks to take a 40-38 lead into halftime.

The Threshers regained the lead again with 7:38 in the third period 35-33 and it was back and forth throughout the quarter. The Larks went on small runs to go up by five to end the third. Hesston was able to hold off Bethel throughout the fourth to complete the five point victory to start the season off on the right foot.

Coach Jeff Jacobs was pleased with the effort. “The team played hard and as a team. Everyone was happy with each other’s success. I really like that.”