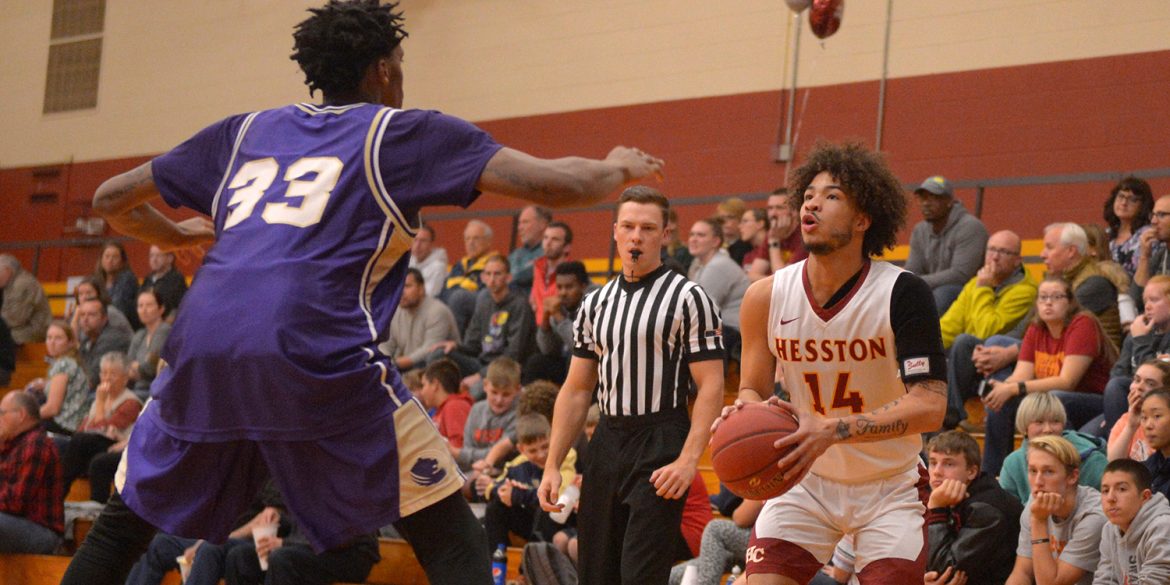 Hesston College men’s hoops got back to their winning ways last night defeating the Moundbuilders of Southwestern College 85-67. A big first half led the way for the Larks who are now 5-4.

Each team scored in spurts to open up the first half. The Larks trailed 3-2 at the 17:10 mark in the opening period. Short bursts from each team highlighted a competitive opening 10 minutes, with the score tied at 16 a piece with 9:25 to go in the first. CR Curless hit 1 of 2 free throws to spark a 7-0 run over the next two minutes. The Moundbuilders tried to claw back making hitting two close range shots and bringing the score to 23-20 for the Larks. With 6:23 left in the half, the Larks pulled away. Hesston’s 15-0 run over the next five minutes was punctuated with a Grant Harding dunk and did not give Southwestern a chance to overcome the massive momentum the Larks had built.

The second half was mostly a formality as the Moundbuilders could never draw close enough to worry the Larks. The Larks took their biggest lead, up 25 with 12:53 to go in the game. The Larks outrebounded Southwestern 38-33. The Larks also outshot Southwestern 45.8% to 35.7% from the field and by over 10% from behind the arc.

Cal Hartley led the Larks with 23 points and 9 rebounds. Grant Harding also had a nice night with a double-double, 17 points and 12 boards and a team high 4 assists. Sterling Hicks had 16 points coming in off the bench.

The Larks will travel west to take on ninth ranked NJCAA D1 Hutchinson Community College on Saturday at 7:30 p.m. They will host Sterling College JV on Monday, November 26 followed by a home contest against Creating Young Minds Prep on Wednesday, November 28. Both games will start at 8 p.m.