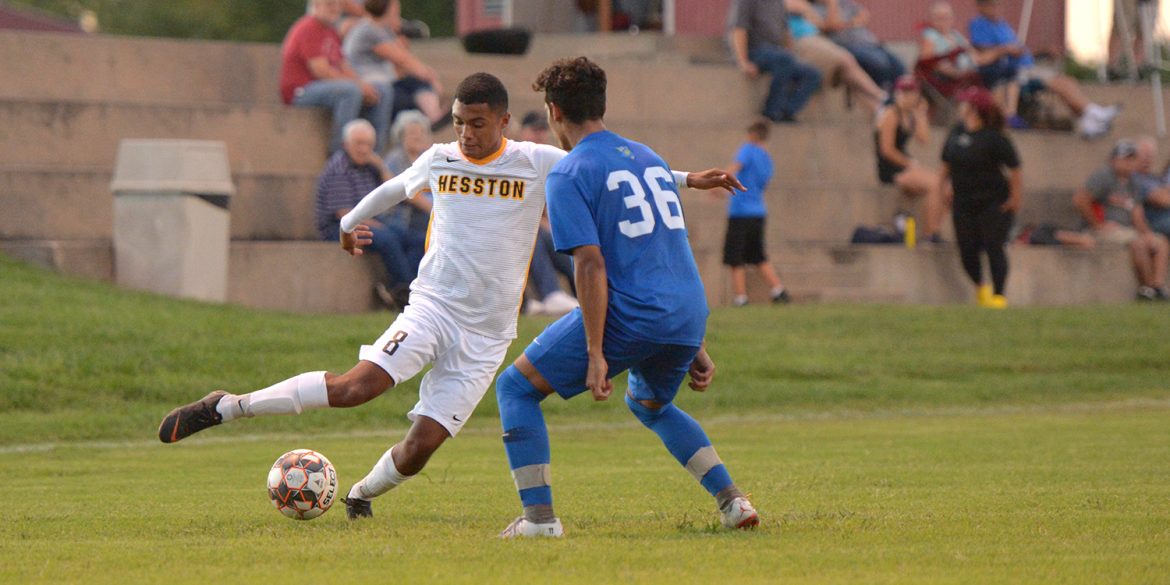 With more than seven inches of rain in three days, Sieber field was not ready to host a contest between Hesston College and the Bulldogs of McPherson College on Tuesday, October 9. The match was moved to McPherson’s turf field where the Larks defeated the Bulldogs reserve team 1-0.

On this cool October evening, the Larks ended up with the lion’s share of possession. In the opening 20 minutes, the Larks created several chances and earned corners but they could not quite capitalize on the opportunities. With about 20 minutes remaining in the first half, a nice ball popped out to Ian Ellis on the wing. He played it through the channel to forward Sammy Rios. Rios’ run and the ball beat the last defender and he was in with the goalkeeper. Reacting to the ball, the keeper came out to make a save and got a hand on the ball. Only the Bulldog keeper did so five yards outside of the penalty box and a free kick was awarded to the Larks just to the right of the goal. With a dummy run over the ball freezing the goalkeeper, Djay Taylor stepped up a struck a left-footed curler around the wall. It took a nasty hop just inside the six-yard box making it impossible for the keeper to get a hand on. The Larks took the lead and did not look back.

The rest of the game saw Hesston College maintain a majority of possession and the majority of chances. The Larks outshot the Bulldogs 9-2 and had the 6-1 advantage on corners. Freshman Daniel Ganoza got his first collegiate win and shutout posting 2 saves.

The Larks will resume Kansas Jayhawk Conference play on Saturday as they host Garden City Community College at 7 p.m.