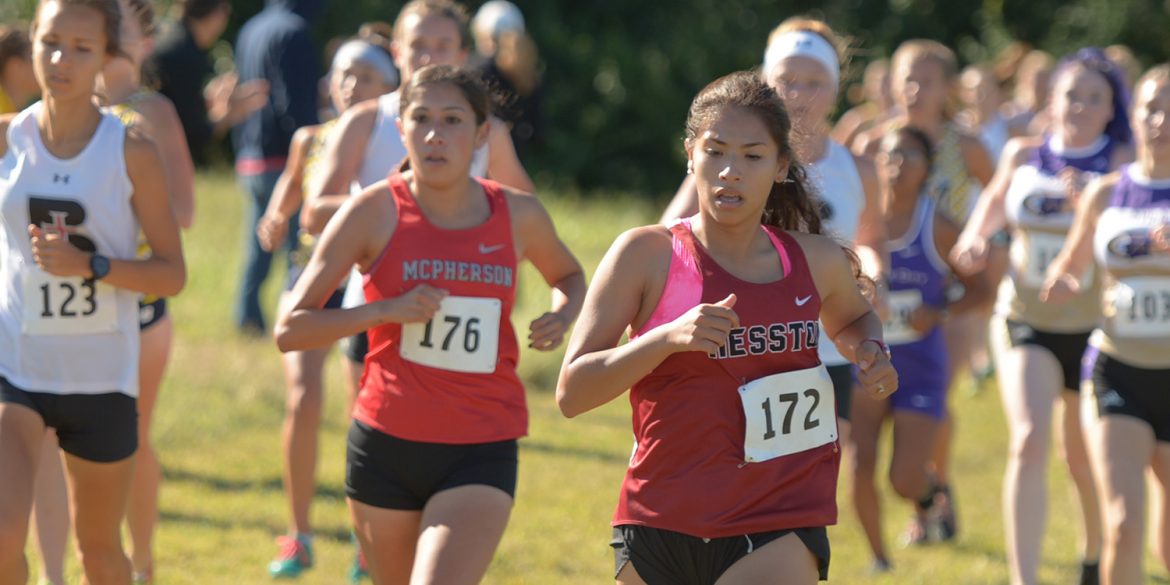 It was a beautiful day for NJCAA Regional Championships in cross country. The Larks traveled to Winfield, Kansas, to run with the other Kansas Jayhawk conference schools with national implications on the line.

The women ran first. Sam Trejo led the Larks with a great run posting her best time of the year, a 19:43, earning her 13th place overall in the 5K race. This confirmed her place at the National Championships taking place in November. The race will be held in Garden City, Kan., on the 10th. Heather Schiefelbein (24:38, 74th) and Emily Hague (24:42, 75th) also ran season best races for the Larks.

“The Larks had an excellent championships meet today” said head coach Eric Schwab. “Having several lifetime and season best performances in our championship meet is an awesome way to end the season”