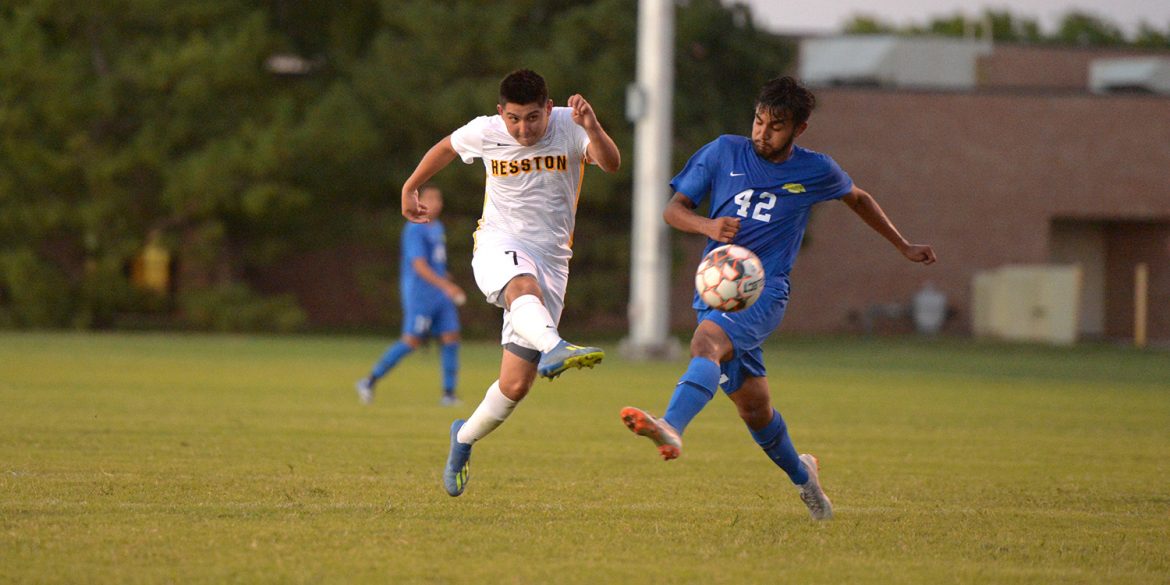 Men’s soccer took home their first win of the year on Friday night. The Larks defeated the Swedes of Bethany College (reserves) 4-1. The Larks were at full strength for the first time in the season, getting several key freshman back after long injury absences. Sophomore Sammy Rios led the line with his first career collegiate hat trick.

The Larks started off with a bang. Two minutes into the game the Larks made a simple interception in the backline and Jonathan Ortiz played a quick outlet ball to center forward Ian Ellis who came back to collect. A quick turn and pass to an onrushing Roe Russey sprung the Larks attack going from one box to another in just three touches. Russey coolly finished the surging Bethany keeper at the Larks had their opening goal.

The second goal came 20 minutes later after the Larks moved the ball through the midfield and wide to the right. Several passes later the ball moved to the left and found the feet of Ian Ellis. He saw Sammy Rios making a run at the penalty spot. Ellis lifted the ball over the backline and found Rios for the uncontested header over the keeper.

Another goal came from Rios with just a few minutes left in the half. Sammy made a late run into the box and Russey found him with the slip pass. Rios blew the ball by the keeper with a one-time finish from just inside the box. Moments before halftime, the Swedes pulled one back as some good passing and connections beat the backline and left goalkeeper Bryson White with little chance. White finished with 11 saves on the evening.

The Larks took very little time in the second half to seal the game. Bahamian international Djay Taylor played the ball forward into a contested situation at the top of the box. The ball popped loose into the air away from the defender and Sammy Rios finished his hat trick with an incredible over-the-head kick that beat the retreating Bethany goalkeeper.