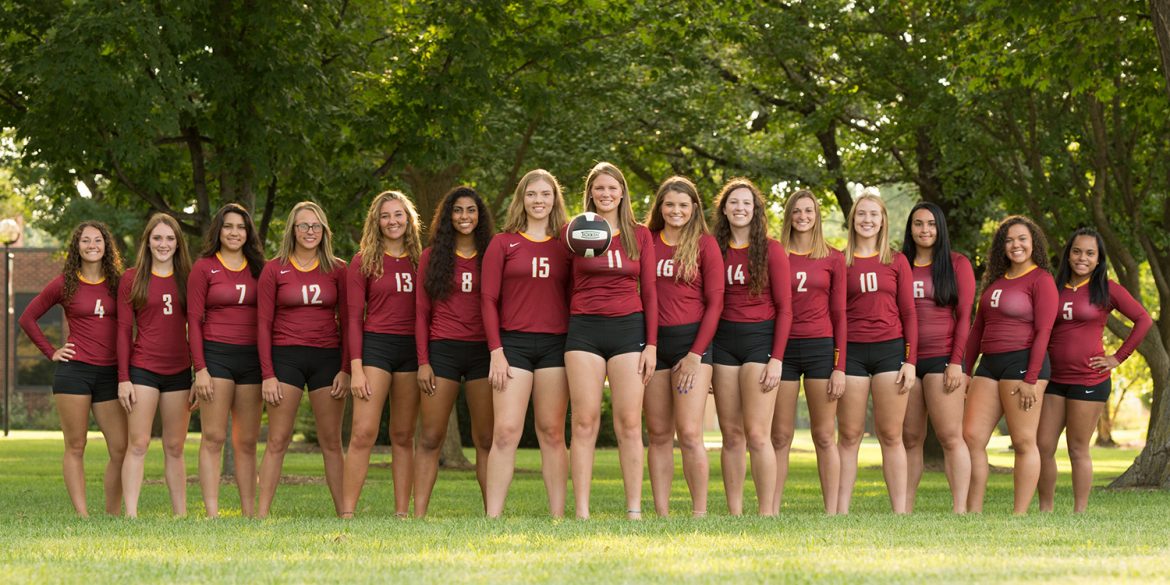 It is that time of year, school is started and the Hesston College volleyball team is about to start their season. It will be the third season with Head Coach DeeDee Landes at the helm. The Larks will experience some changes in their schedule this season as they are now a member the Kansas Jayhawk Community College Conference (KJCCC). The Larks will have their work cut out for them as they try to improve on a 12-18 record from last year as new members in one of the best National Junior College Athletic Association (NJCAA) conferences in the country.

The Larks return a great core of players for their sophomore season. Along with the eight returning players, the Larks add quality and depth with seven new freshmen.

“Our sophomores have come in ready to work hard and elevate our play this season,” said coach Landes. “The freshman class compliments the sophomores really well and we will be able to consistently put a competitive team on the court night in and night out.”

Faith Hallmark is the team leader and offensive general. Kylee Kassleman will be someone to look out for as she gets to the net offensively. Annalys Hanna will orchestrate the team on the defensive side of the ball.

“I am excited for this year to get going and expect great things,” said Coach Landes.

The Larks open their season on Friday, August 24, at the Vernon College Tournament (Texas). Their first home match will be against Kansas Wesleyan University on Tuesday, August 28, at 6 p.m. They will then open they KJCCC competition with Neosho Community College at home on Wednesday, September 5, at 6:30 p.m.