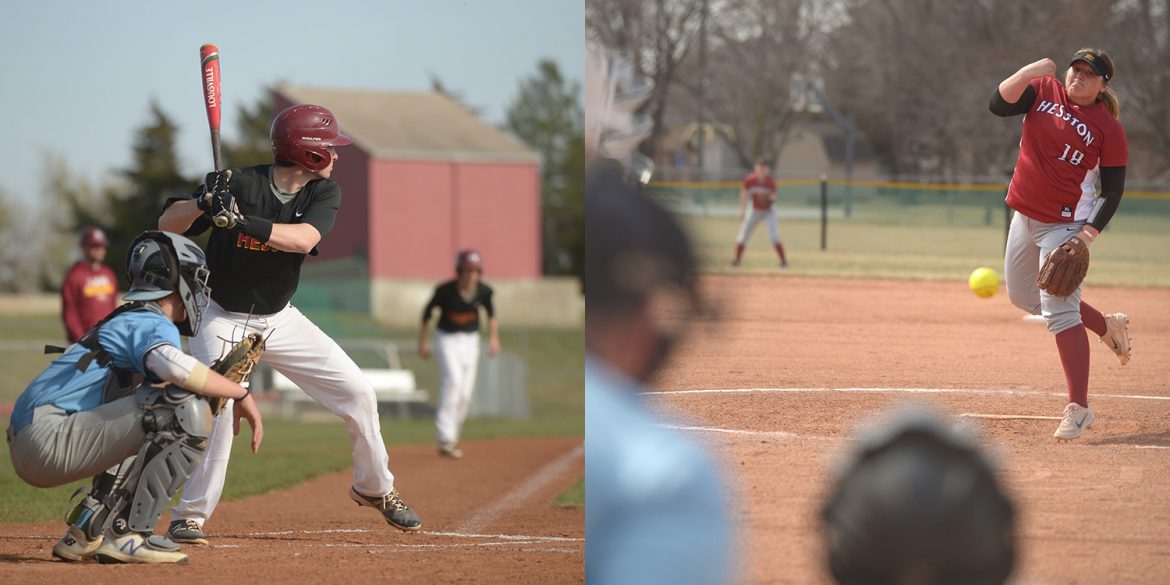 Athletes, coaches and athletic staff gathered this evening to celebrate the 2017-18 school year. Participants recognized academic achievement, team success, individual accomplishment, the growth of the student-athletes at Hesston College and presented the department’s highest awards – Athlete of the Year – to male and female recipients.

Chosen by vote of the athletic department staff, the award goes to the students who best exemplify high athletic achievement, positive lifestyle, contribution to the greater campus community, sportsmanship and a strong representative of Hesston College, both on and off campus.

The 2017-2018 recipients are Ashley Yasin (softball) and Jeremy Deckinger (baseball).

Ashley Yasin has had a tremendous career. She has excelled as a nursing student and from the mound for the Larks softball team. She has amassed 31 career wins, a school record, leading the team to its best two seasons in history. Her career records also include 371.2 innings pitched and 352 strikeouts. Her most impressive statistic is leading the NJCAA in strikeouts during the 2017-18 regular season.

“Ashley has been the epitome of a team leader and a competitor,” said Head Coach Andrew Sharp. “She has consistently performed well and has always given her team a chance to win. Ashley demands a lot of herself, and through her dedication and hard work has cemented herself as one the best athletes in school history. Her accolades are very well deserved.”

Jeremy Deckinger “has been the model of what it takes to be a successful student-athlete,” said Head Coach Kyle Howell. “He refuses to let anything, either academically or athletically, stand in the way of his success.”

Deckinger’s on field accomplishments include being top ten all time at Hesston College in each of the following categories: career RBI (52), single season hits (44), single season doubles (10), and single season RBI (36). He will graduate as an NJCAA Academic All-American, a certified private and commercial pilot and a flight instructor.

“He’s one of my favorite players I’ve ever coached,” said Howell, “and a phenomenal human being.”

Also recognized for their on field accomplishments were those who have received National Junior College Athletic Association (NJCAA) Regional awards.

Hesston College competes in Region VI of the National Junior College Athletic Association. The Larks have 12 athletic programs. The Larks will join and compete in the Kansas Jayhawk Community College Conference starting with the 2018-19 school year.