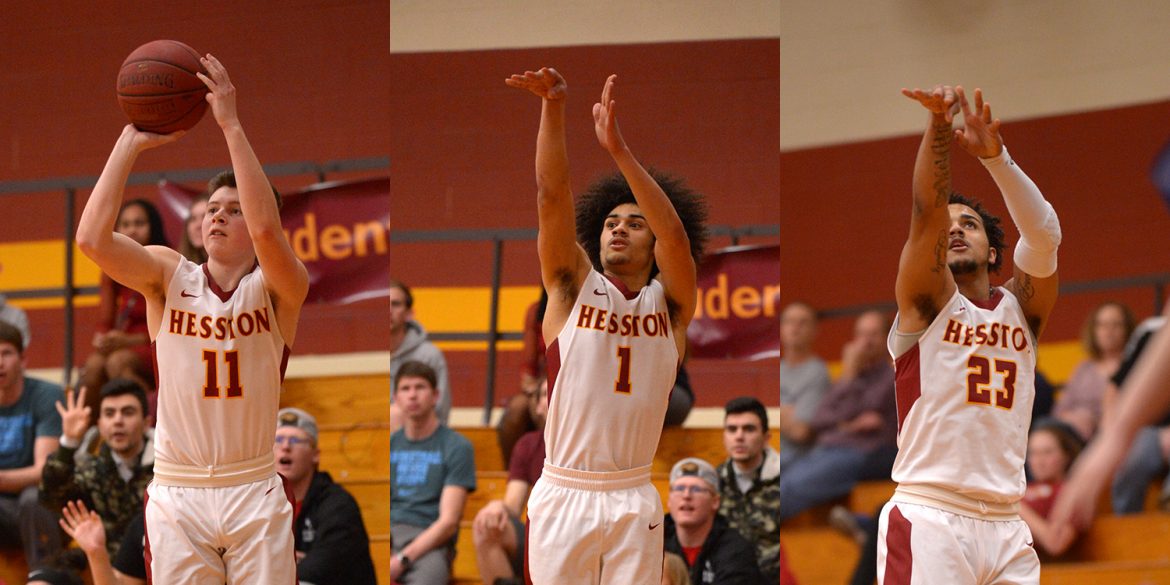 Hosting the Blue Devils of Kansas City Kansas Community College, the Hesston Men’s basketball team closed strong to earn the win. Having already defeated KCK in Kansas City, the Larks looked to their depth and defense at home. With the 73-61 final the Larks believe this will be enough to get into the post season and still hope for an opportunity to host a playoff game.

The first half saw many ebbs and flows with both teams taking and relinquishing the lead several times. Neither team shot well in the first half. “I thought we were a little tight early,” said Head Coach Dustin Gaylon. However, “we were a very focused group last night. We played really hard and committed for 40 minutes.” Going into half the Larks trailed 28-25.

Focus and team depth really started to show as tired legs began to build in the second half. And then, just after the 10-minute mark in the second half, the Larks’ shooting caught fire. Down 44-36 Coye Campbell knocked down a three and the comeback was on. Over the next six minutes the Larks would make eight more threes and two two-pointers without a miss, overcoming KCK and pushing the lead to 68-56 with 1:56 to play.

“We played so hard defensively and that gave us a chance late in the game when we finally starting hitting shots,” said Gaylon.

Leaders for the Larks were Cal Hartley with 19 points, followed by Zac Neely (15) and Coye Campbell (13). The bench dominated outscoring KCK 27-0 led by Aubrey Johnson (12). The team shared the ball well with a 16-5 assist advantage over KCK.